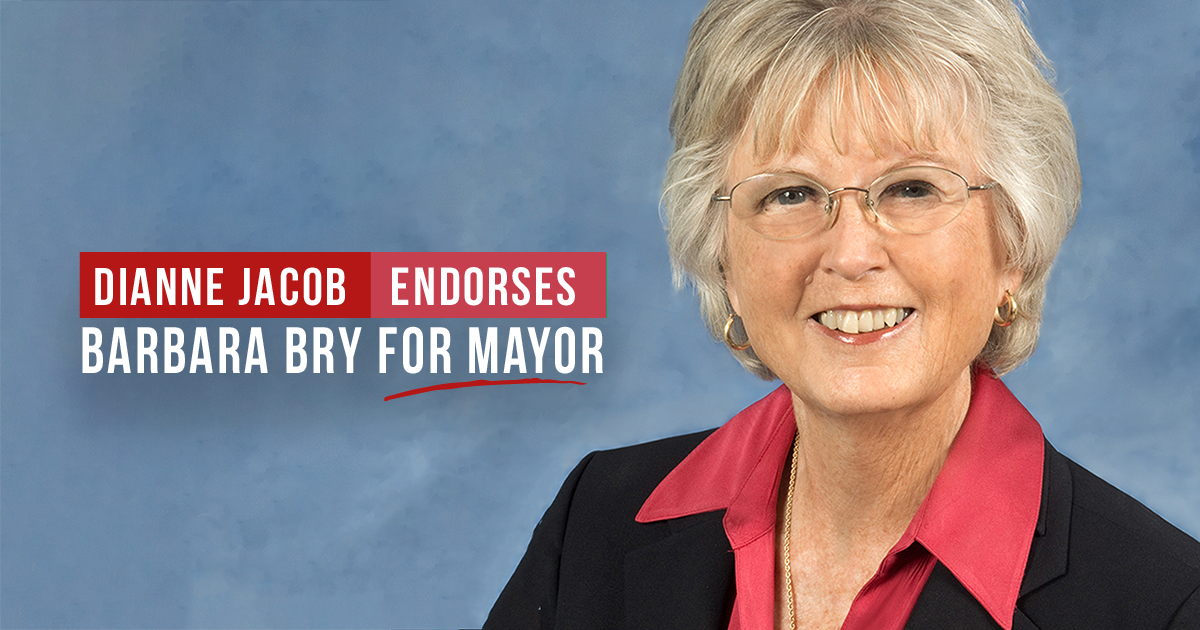 “Barbara Bry shares the same principles that have guided me as an elected official, including transparency, accountability, fiscal responsibility and independence,” said Jacob.  “By law in California, local offices are non-partisan, and my observation is that most progress at the local level depends on bi-partisan cooperation.  Barbara’s independence from partisan political machines ensures that as mayor she will put the interests of San Diego residents first, not the partisan agendas of a political party.  I also appreciate her extensive background in business, her volunteer efforts to get more women involved in leadership positions, and her leadership on Community Choice Energy,” she added.

‍
“I am extremely grateful for Dianne’s support.  To me, she embodies the very best in local government.  Although we may disagree on some issues, she has always been a fierce advocate for the communities she represents, she’s not afraid to ruffle special interest feathers to protect her constituents, she understands the  importance of local control over land use planning, and she is willing to work with anybody who shares her commitment to problem-solving,” said Bry.  “This is a huge boost for my campaign and a clear signal to voters that if they want a problem-solver as mayor instead of a politician, I’m the right choice,” said Bry.