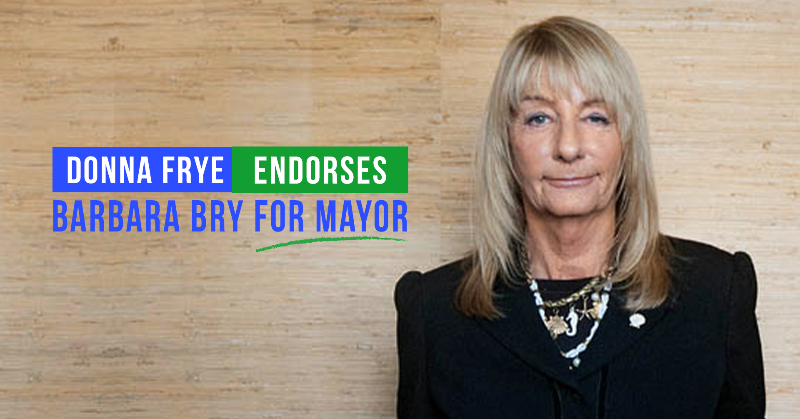 I’ve spent my life challenging the establishment, rooting out corruption, and fighting for open and transparent government.

To do that, you have to remain independent of partisan politics and the special interests that put political interests before the interests of San Diego’s neighborhoods.

‍Barbara Bry is the only Mayoral candidate who has the will and independence to conduct city business in an open and accountable way.

‍She is beholden to no special interest, and she has proven that during her time on the city council.

That’s why I proudly support Barbara Bry for Mayor – she does what is best for the city.  It’s that simple.