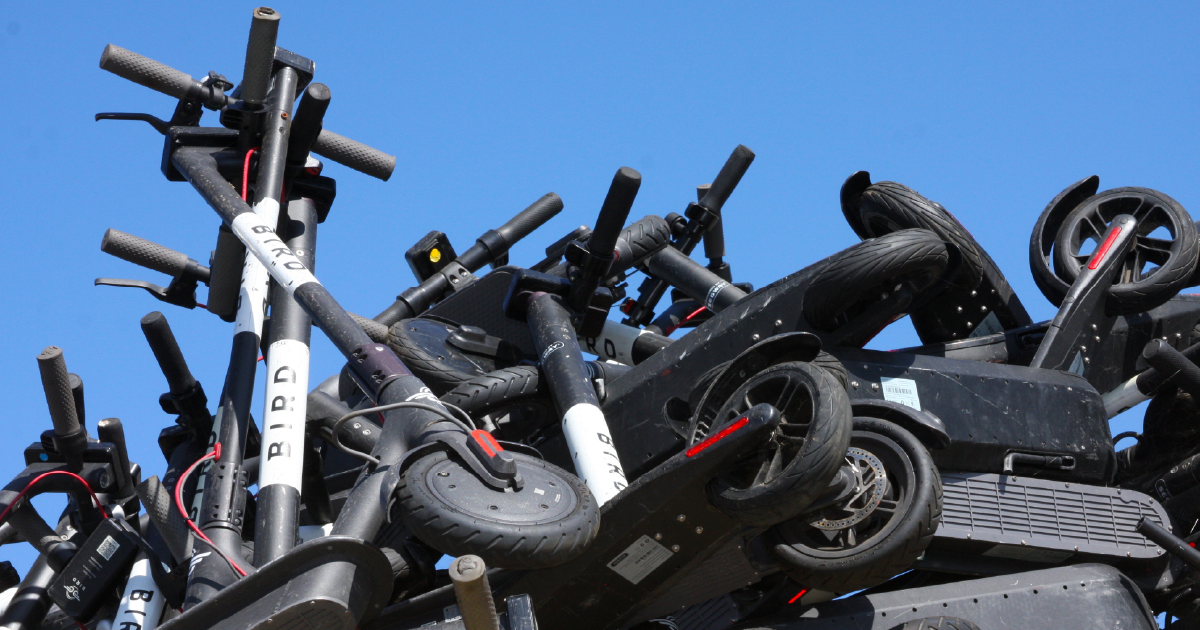 IN THE NEWS: E-scooters suddenly appeared everywhere, but now they're riding into serious trouble

San Diego has been at the forefront of scooter wars since the machines arrived in February 2018. The city is awash with more than 19,000 scooters, according to the San Diego Union-Tribune -- with almost 15,000 complaints about them to the city authorities over the summer, 3,700 scooters impounded for parking violations, and almost 500 riders receiving traffic tickets.

Since April, the city has instated "corrals" -- designated parking spots by the roadside for scooters, outlined with paint on the road. Riders can be fined for dumping a scooter on the street in a block that has a corral.

In April, the council introduced new restrictions on scooters, including speed limits in pedestrian-heavy places like Balboa Park, and a parking ban in places with speed limits below 8 mph, including beachfront boardwalks and in Little Italy.

Council member Barbara Bry, a vocal critic of the scooters, called for a moratorium in July, although it has not been approved. In December, the council will debate banning scooters on the beach boardwalks entirely.

"Throughout the city, I continue to see riders using the sidewalk, multiple riders on one scooter, and scooters strewn about the sidewalks, rather than in designated corrals," she tells CNN.

"San Diego was slow to respond when scooters started showing up on our streets. While it has been inactive, other cities like Portland and Santa Monica have issued requests for proposals that include a fee structure, operational standards, data sharing and insurance requirements."

She said the City has "let a technology overtake us rather than assist and empower our communities with safe and sustainable micro-mobility options," and said that "all of downtown is experiencing cluttered sidewalks."

"The corrals are overflowing with scooters that leak out into the road and automobile parking spaces," she said.

The mayor of San Diego was not available for comment.