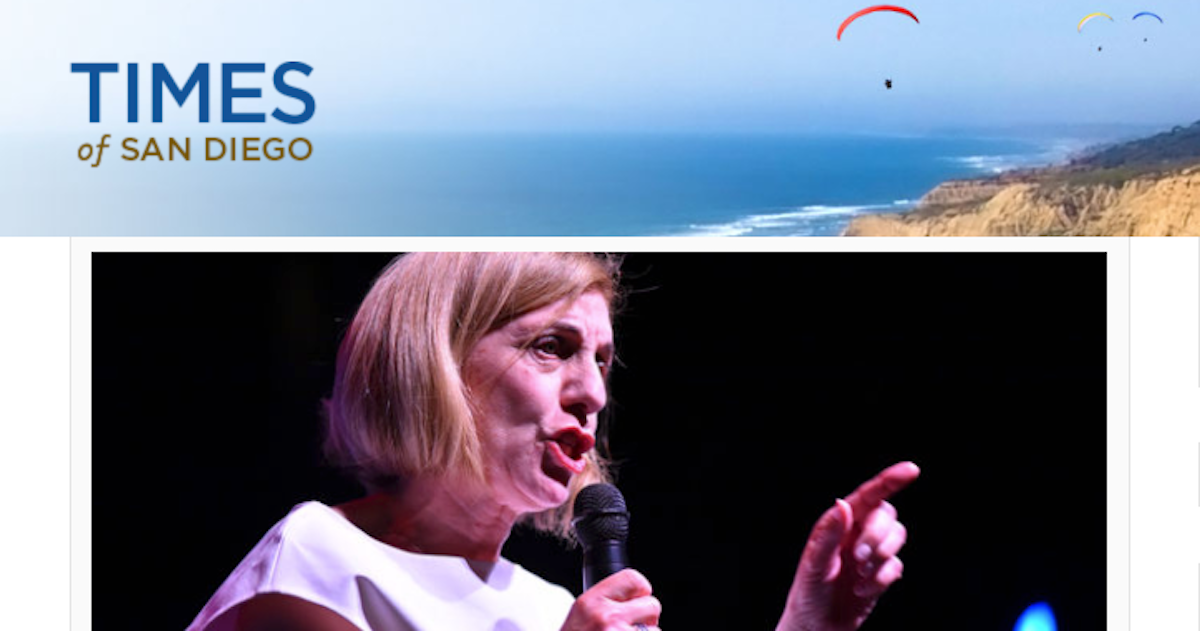 Barbara Bry picked up the endorsement of longtime county Supervisor Dianne Jacob on Monday in her campaign to be elected mayor of San Diego.

Jacob, a Republican whose district includes the eastern portion of the San Diego, said Democrat Bry “shares the same principles that have guided me as an elected official, including transparency, accountability, fiscal responsibility and independence.”

The seven-term supervisor was first elected in 1992 and has held elective office longer than anyone in San Diego County government history.

“Barbara’s independence from partisan political machines ensures that as mayor she will put the interests of San Diego residents first, not the partisan agendas of a political party,” said Jacob. “I also appreciate her extensive background in business, her volunteer efforts to get more women involved in leadership positions, and her leadership on Community Choice Energy.”

Bry, a member of the City Council, said she was “extremely grateful” for Jacob’s support, explaining that, “To me, she embodies the very best in local government.

"Although we may disagree on some issues, she has always been a fierce advocate for the communities she represents, she’s not afraid to ruffle special interest feathers to protect her constituents, she understands the importance of local control over land use planning, and she is willing to work with anybody who shares her commitment to problem-solving.”

Other major endorsements for Bry include Father Joe Carroll and Rep. Mike Levin.