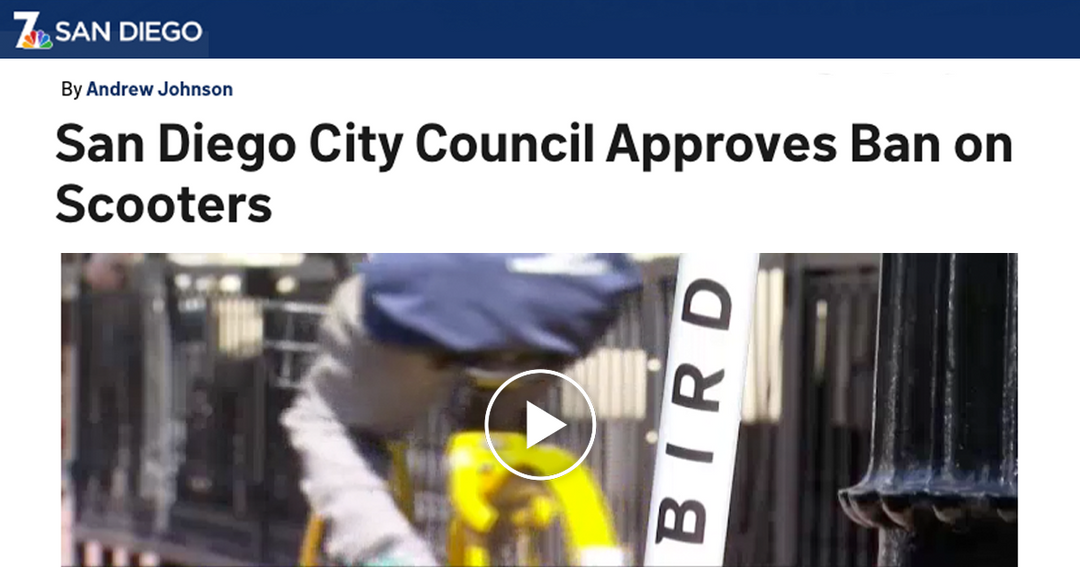 The San Diego City Council narrowly voted Tuesday to approve a ban on motorized scooters on the city’s boardwalks.

In a 5-4 vote, all motorized devices will be banned on beach boardwalks across the city. The vote came on the second reading of the proposal in council.

“Today was a big win in prioritizing public safety over corporate interests,” President Pro Tem Barbara Bry’s office wrote in a press release to NBC 7. “This is a public safety issue, not a transportation or mobility issue.”

Now that the ordinance has been approved, the San Diego city clerk has two days to send the proposal to the mayor's office. Then, San Diego Mayor Kevin Faulconer has 10 days to sign the ordinance. If he signs the proposal, it will take effect 30 days after that.

Therefore, if the mayor signs the ordinance, the earliest the ban could take effect would be Feb. 27. The latest would be March 10.

This is not the first time the city of San Diego has regulated electric scooters and other devices inside its borders.

Starting July 1, 2019, new dockless bike and scooter rules were implemented in the city, including speed limits and geofencing banned areas.

Other institutions, like San Diego State University, have also regulated electric scooters, which the school called “micro-mobility devices.” Starting in the fall of 2019, all dockless scooters, bikes, hoverboards, and roller skates were banned from campus.

At the start of the new year, Lime Scooter pulled its devices from San Diego, as well as 11 other markets.