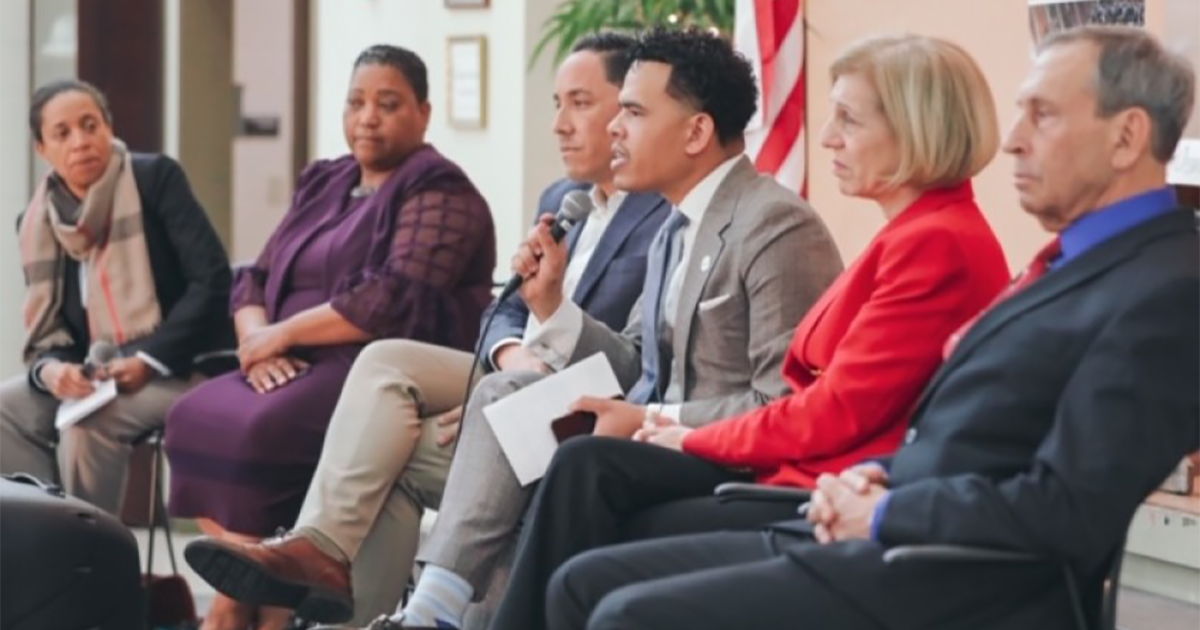 During a forum in Encanto, candidates to replace Mayor Kevin Faulconer mostly agreed that significant changes are needed for residents in low-income areas to prosper.

But Assemblyman Todd Gloria, Councilwoman Barbara Bry, community activist Tasha Williamson and government critic Rich Riel each suggested different solutions to an audience of about 50 at the George Stevens Senior Center. The debate was hosted by the Rev. Shane Harris and the People’s Alliance for Justice.

On economic prosperity, Bry touted two ongoing city studies she lobbied for, one analyzing whether minorities get fewer city contracts than whites and another exploring why minority city workers get paid less than whites.

“I will invest in creating a small business ecosystem in Districts 4, 8 and 9 that both hires from the community and invests in the community,” said Bry, referring to the city’s most diverse and low-income districts. “I will invest in more job training programs for youths 16 to 24 who are not in school or underemployed.”

Bry said racial profiling must stop, and that the first step is for city leaders to acknowledge that it’s happening.

Bry noted that she supported an independent review board before Gloria did, and said community leaders must lobby aggressively to stop the police officers’ labor union from decreasing the strength of the panel that the proposed ballot measure would create.

Bry said there should be more focus on the root causes of homelessness. She said low-income people who have previously been in prison are likely at greater risk of homelessness because of the negative experiences they have had behind bars.