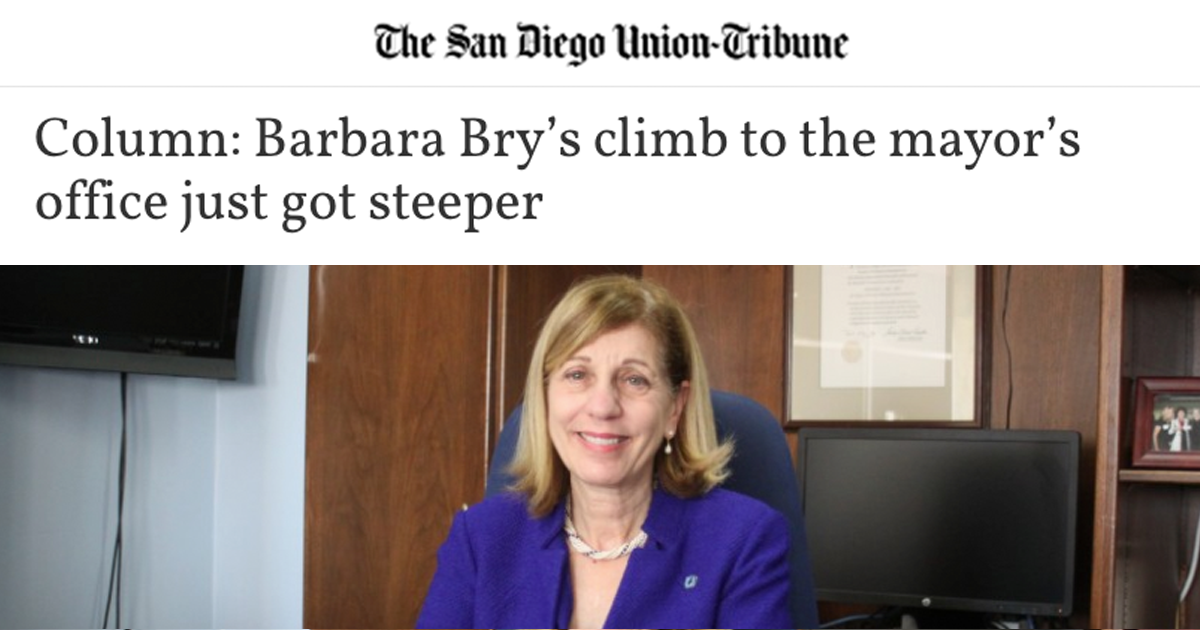 The “new” campaign for Mayor

When I ran for City Council in 2016, political insiders didn’t give me a chance.

Then, we did so well in the primary, my opponent dropped out of the race before the general election.

When I entered the race for Mayor, the establishment (again) quickly lined up behind my Democratic opponent. Now, with an establishment Republican in the race, the Union-Tribune has summed up the campaign pretty well:

BOTH partisan candidates will be targeting me in the primary because they don't want to face a strong and independent woman in the general election!

No items found.
Paid for by Barbara Bry for San Diego Mayor 2020, ID #1414774
Political Contributions are not tax deductible for federal income tax purposes.
Powered by: