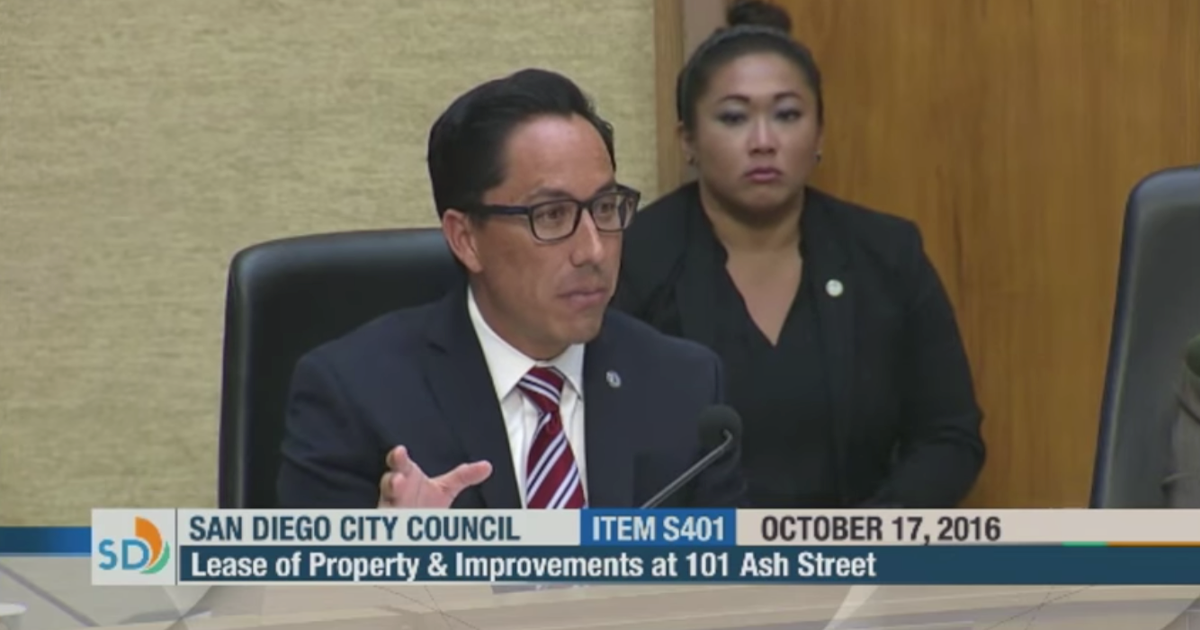 In 2016, then-Councilmember Todd Gloria made the motion to approve the agreement for lease/purchase of the 101 Ash Street office building.

In retrospect, it’s not clear whether this transaction was a result of fraud, incompetence, or both, but the notification on the front page of the lease/purchase agreement indemnifying the sellers but not the City for future liability should have set off alarm bells for all City officials involved with this agreement (see attached agreement).

According to a recent NBC7 investigative report, this transaction has cost San Diego taxpayers approximately $58 million for a building that has been and remains vacant for almost 4 years.  Since I joined the council, I have been demanding answers to questions about this transaction.  My concerns have been well-founded, as evidenced by the NBC7 story and a still incomplete report from City administration that was released earlier this week.

The City continues to waste approximately $10 million of taxpayer money per year on this vacant building.