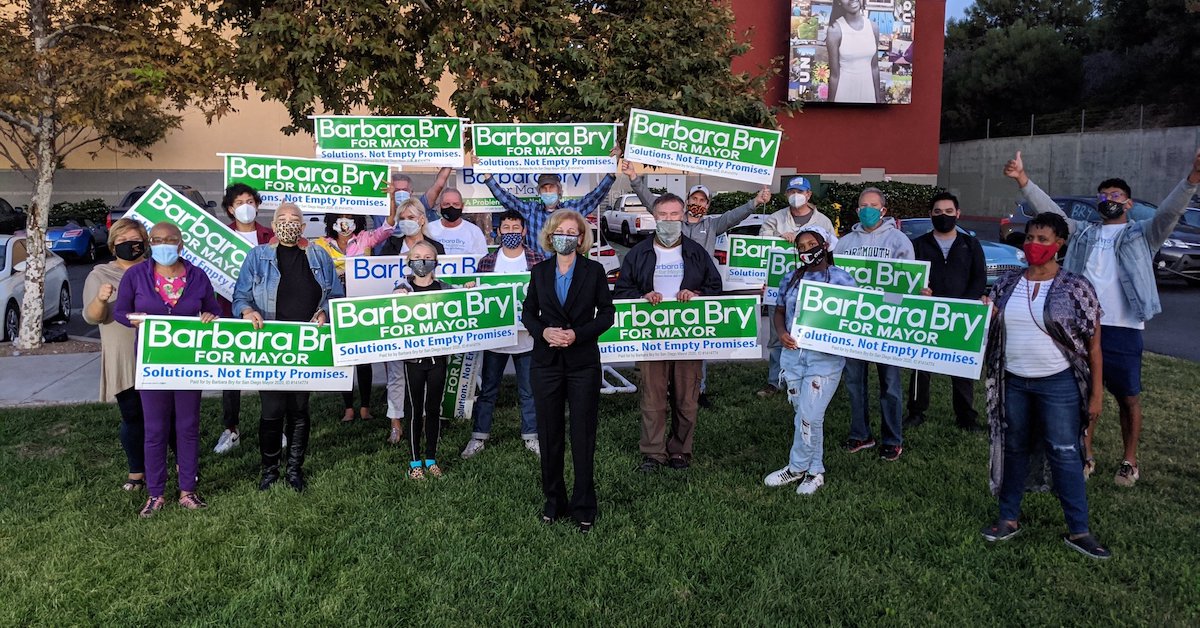 I know this has been an election, on the national and local level, like never seen.

I know we built a huge bi-partisan coalition rarely seen before in San Diego.

I also knew that early returns would not be in our favor.

Here’s what I told the press:

“We know from our experience in the primary, when we were way behind on Election Night, that it’s not over until it’s over, and there are still a lot of ballots to count, so I will reserve judgement while the remaining ballots are counted.

“I want to thank the hundreds of thousands of San Diegans who responded to my call for accountability and transparency at City Hall. Regardless of the final outcome of the election, the need to restore trust and confidence will continue. Voters are tired of backroom deals and decision-making that favors special interests at the expense of San Diego residents.”

Again, I cannot thank you all enough for your incredible support.

Whatever the outcome, this has been one of the most rewarding experiences of my life. San Diego’s brightest days are still ahead because of the natural and human resources our city possesses. San Diego deserves a city government that matches those resources!

I will continue working toward realizing our city’s promise!