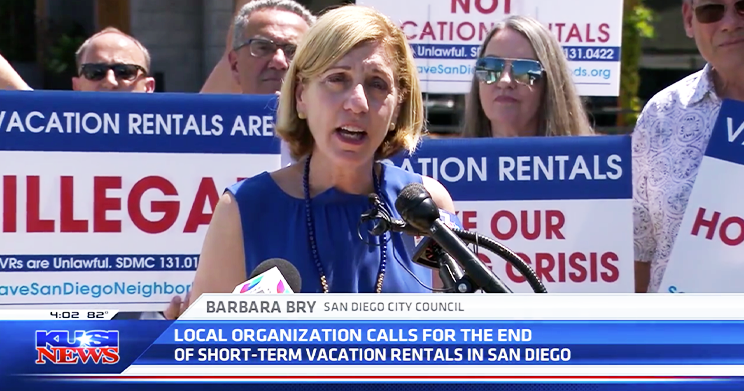 What messes have Short-Term Vacation Rentals caused the City?

What messes have unregulated Short-Term Vacation Rentals caused the City?

I’ve led the charge to get STVR’s under control.

Don’t be fooled by Todd Gloria, who recently transcribed most of my position on STVR’s onto his website (along with some carefully worded caveats). There’s a reason San Diego’s big STVR investors are backing him.

At least Scott Sherman doesn’t hide his unwillingness to regulate them. No nonsense.

From the mess on Ash Street, to scooters, to housing, to Balboa Park, it is amazing how Sherman and Gloria use different partisan political narratives to arrive at the same position.

That’s the power of special interests.

That’s why some special interests are happy Scott Sherman is in the race. They know, a vote in the primary for Sherman ensures Gloria’s victory in November.


I’m the only candidate with the independence and experience to clean up the mess at City Hall and protect our neighborhoods!