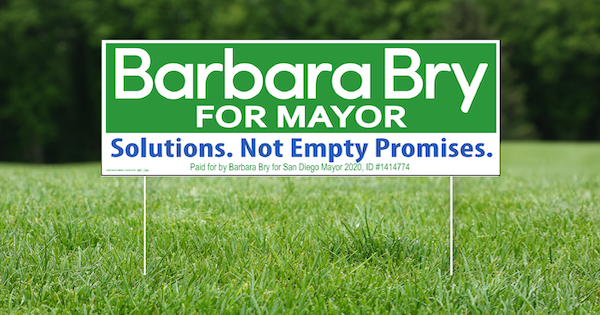 Barbara Bry is a problem-solver, not a politician

Barbara Bry is a successful high-tech entrepreneur, a nonprofit leader, and a problem-solver.

Barbara is not a politician. She never expected to run for Mayor. But when she joined the City Council, she found a mess at City Hall. Now, she’s set out to fix it.

Standing Up for Our Neighborhoods

Barbara is leading the fight to rein in the Short Term Vacation Rental industry and resist Sacramento’s takeover of local land-use decisions.

Barbara led the effort to enact a ballot measure that requires disclosure of all businesses and individuals who benefit from city contracts.

Barbara was the first elected official to support SDSU West and is the leading voice on the City Council to get a deal done that is fair for taxpayers and for SDSU!