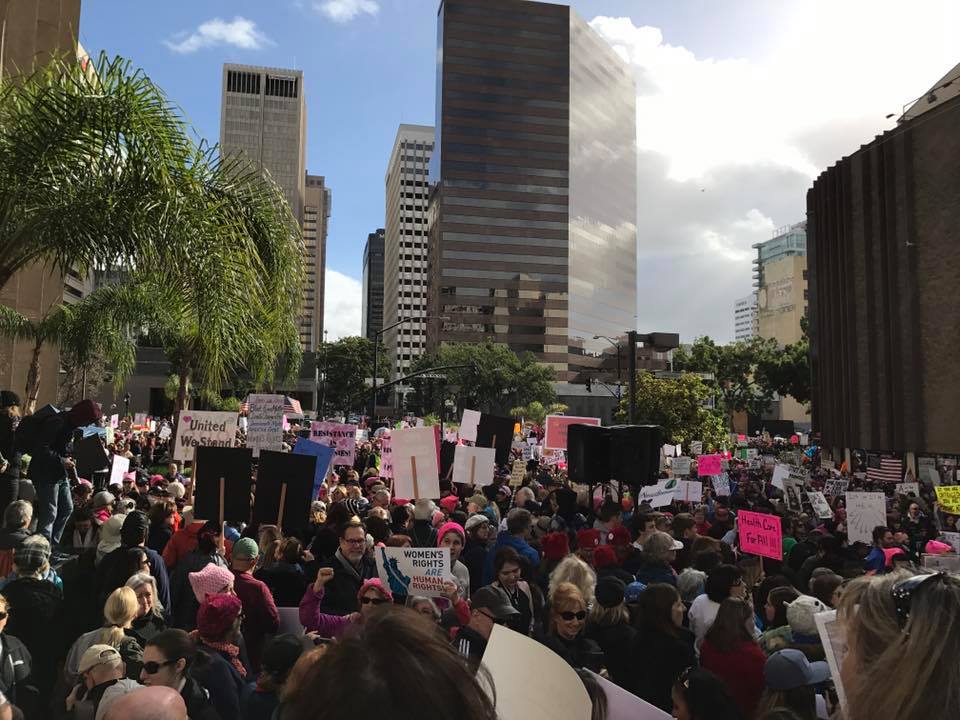 Barbara Bry on The Women's March

The 2019 Women’s March comes to San Diego this Saturday at 10am at the County Administration Building. I will be there marching, speaking, and if you join us, spending time with you.

The first Women’s March in 2017 was the largest single-day protest in U.S. history.

It grew out of national frustration with high-profile misconduct by the President of the United States, Harvey Weinstein, Matt Lauer, and Bill Cosby, among others.

It was part of a national “Me Too” movement addressing harassment, abuse, and inequality, typified at the local level by the high-profile misconduct of leaders like Bob Filner and Mickey Kasparian.

My message on Saturday – and on every other day I’m given an opportunity to voice it – is “Enough is enough, and we will not be silent.”

Last year, I created the Workplace Equity Initiative because we are all in this together.  We brought together a microcosm of the San Diego workforce to address sexual harassment and pay inequity and to develop a code of conduct for San Diego employers and employees.

Saturday’s march, for me, is about women AND men coming together for civility and respect.

Nationally, local chapters of the Women’s March are autonomous and set their own agenda and focus. This year, as a Jewish woman, I am very pleased that the San Diego chapter has issued a statement condemning anti-Semitism and endorsing inclusiveness.

I hope to see you on Saturday and to work with you in the months ahead to make real the promise of a just and fair community for all San Diegans.

PS: The third annual Women’s March will take place on Saturday, January 19th, 2019 at the Waterfront Park. The program will go as follow: 10am Blessing and Performances, 11am Speakers, 12pm WE March!