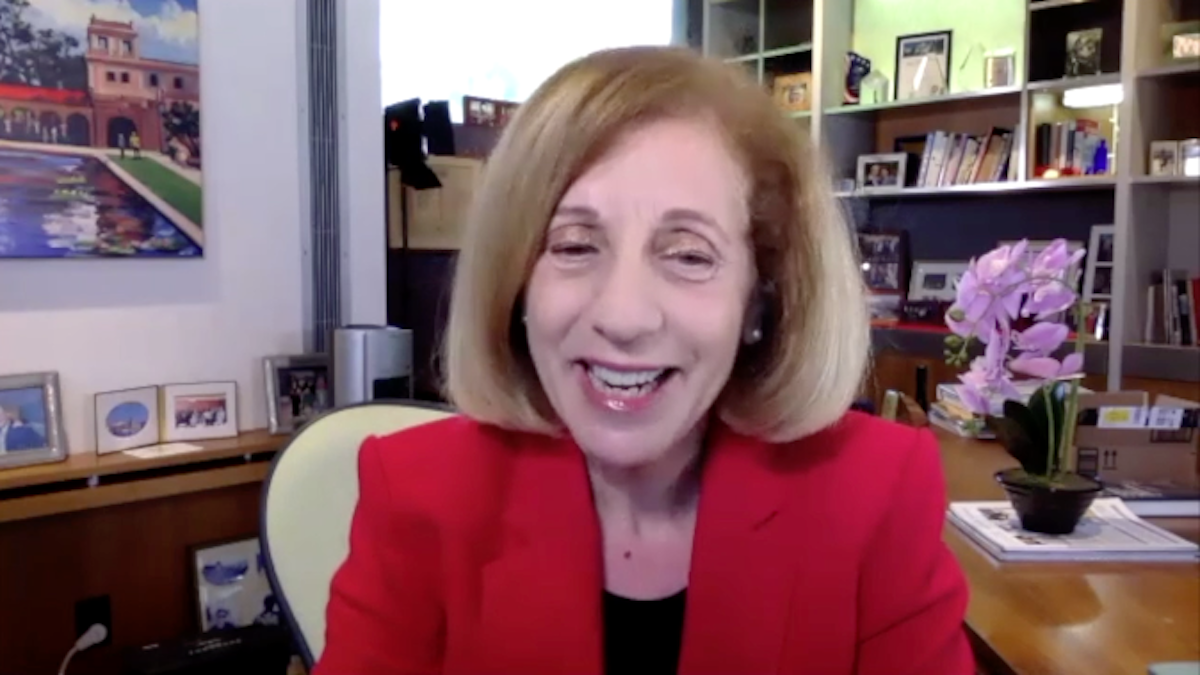 This is a great day for San Diego.

When I first learned of plans for private development of the stadium site, I thought San Diegans deserved more.

I believe that investing in the education of future generations is the most impactful thing we can do.

But coming up with plans for an alternative public use for this land in a short period of time seemed like it would take a miracle.

Then a miracle actually happened.

The university moved at hyper-speed to formalize plans for a great campus and a magnificent river park.

San Diegans contributed millions of dollars to support the campaign for Measure G.

And after Measure G was approved by voters, supporters kept the pressure on elected officials to do the right thing and consummate the sale.

I’m proud that San Diegans could come together for a brighter future.

We can have BIG ideas in San Diego that are good for future generations AND taxpayers.

Finally, I want to thank SDSU West for recognizing my leadership and commitment.