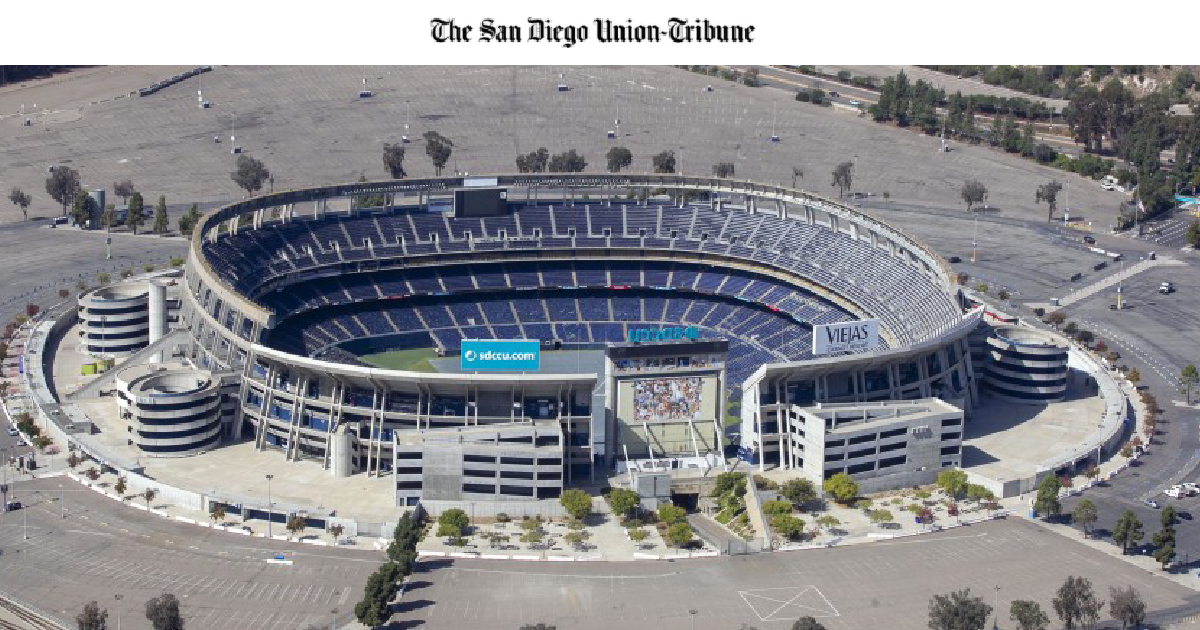 IN THE NEWS: SDSU Mission Valley deal headed to City Council next week

The decision to hold a special May 29 meeting comes after SDSU pressured city, claiming stadium deal could collapse if not approved ASAP

At a City Council meeting earlier this week to consider an additional payment to the city’s outside legal team, which has been assisting with negotiations with SDSU, Chief Deputy City Attorney Kevin Reisch said a revised draft of the purchase and sale agreement had been sent back to SDSU within the last few days. It incorporated “input from the mayor’s office on the 14 critical issues we identified in our May 5 memo and other issues we identified,” he said.

During that meeting, some council members expressed impatience with the time it has taken to consummate a final deal that can be approved.

“The council provided abundantly clear direction on deal points related to this negotiation, that’s more than enough to have a purchase and sale agreement before us,” said Councilwoman Vivian Moreno. “I’m quickly losing confidence in the city’s ability to complete negotiations in a timely manner. It’s clear to me these negotiations are being needlessly dragged out.

“Stop delaying and finish the work on this deal. It’s already taken too long and should be docketed as soon as possible.”

That meeting came just a couple of days after SDSU’s director of athletics, John David Wicker, said he was prepared to explore sites throughout Southern California for the 2021 football season if the purchase of the Mission Valley site was not completed in a timely manner.

Councilwoman Barbara Bry, who is running for mayor, referenced Wicker’s plans as she pressed the city to speedily approve a deal with the university.

“I have heard that if this transaction does not close, SDSU will not extend the lease on the Mission Valley site for their football program,” she said. “They will find another place to play. That means the city will be stuck with operating costs of more than $12 million a year for a blighted site, in addition to the other lost opportunity.”