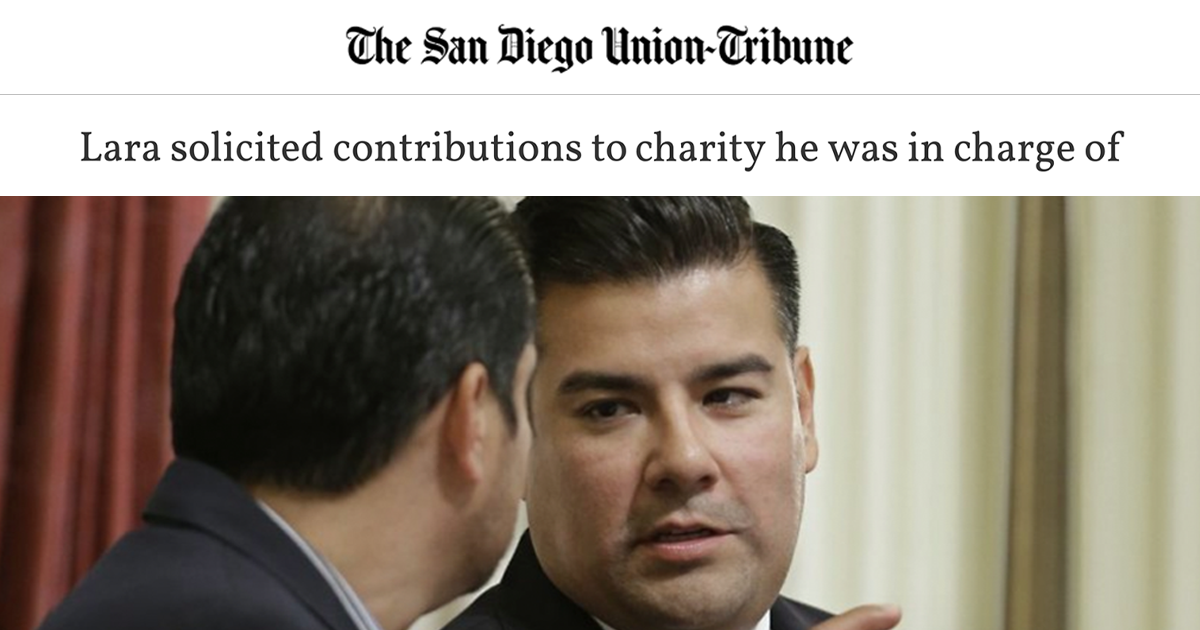 Lara solicited contributions to charity he was in charge of

Campaign donations are not the only way donors support their favorite politicians. Behested payments — charitable donations made by people or companies at the behest of elected officials— also help contributors get noticed.

The donations are completely legal, and state law requires they be disclosed publicly so voters are aware of the contributions.

California Insurance Commissioner Ricardo Lara has solicited more than $785,000 in behested payments to various nonprofit groups since he was elected to the state Senate in 2012, according to a review of disclosure reports he filed with the state.

More than half of that money, $427,000, was directed to a charity Lara ran from 2013 to 2015, the California Latino Legislative Caucus Foundation. Lara was the foundation’s unpaid president and chief executive officer during those years.

The foundation’s tax records show that Lara also was responsible for hundreds of thousands of dollars in charitable spending, including contributions from corporations like Chevron and Eli Lilly & Co.

Lara did not respond to questions about the donations made at his behest.