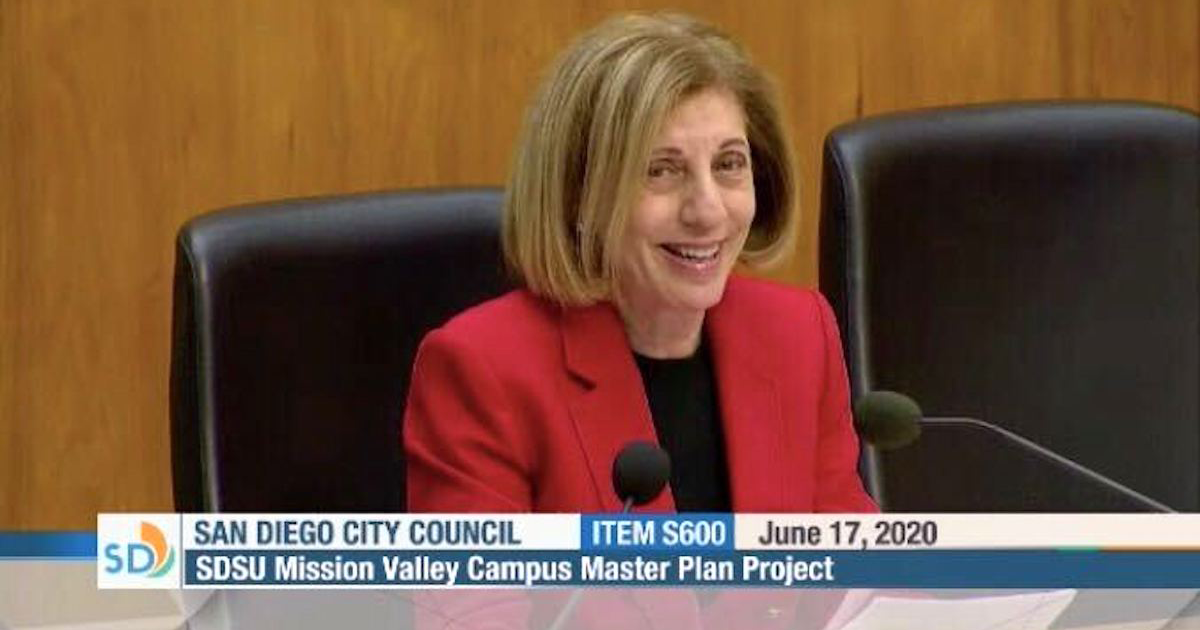 We’ve come a long way since January 2017, when the Chargers announced they were abandoning San Diego and the stadium they’d called home for over 50 years.

And soon after, we learned that real estate speculators had been meeting secretly with city officials for over a year, hatching a plan to acquire the stadium property for private gain.

I remember those days well.  I had just been elected to the city council.

Unlike many at City Hall, I read the entire 3,000-page SoccerCity initiative, and I realized it was a monumental rip-off of an invaluable public asset.

I was warned by City Hall insiders not to rock the boat; that it was a done deal and there was nothing I could do about it.

But it’s not in my DNA to back away from exposing what I know is wrong, so I spoke out as the first elected official in the region to oppose the SoccerCity initiative.

By the way, the insiders were right about rocking the boat.  I’ve paid a price for ruffling some very important feathers.

But San Diegans responded to this challenge.  Volunteers drafted a competing ballot measure to sell this property to SDSU, and I was the first elected official to support it.

Most San Diegans assumed that vote was the final word.  But there were still those inside and outside City Hall who didn’t want this deal to be consummated, and they did their best to torpedo it.  I demanded that city negotiators face the council and the public in open session and explain why the negotiations had stalled.

Fortunately, San Diegans again rallied, putting pressure on the city to finalize an agreement that benefits both city taxpayers and the university.

That’s the agreement we have before us today.

And the real winners are our children and our grandchildren.

This is arguably the most transformative decision our city has made since another city council, over six decades ago, made the decision to transfer pueblo land to the University of California.

Imagine how different our city would be today if they hadn’t made that decision.

And then imagine how, in another 60 years, another generation of San Diegans will look back on this day in appreciation.

A multi-use stadium for Aztec football, and perhaps professional soccer and football.

And expanded higher education opportunities for our young people, contributing to a skilled work force and attracting the employers of our future.

I want to acknowledge the volunteer efforts of thousands of everyday citizens who rallied to this cause and persevered until it became a reality. You are the real heroes of this saga, and it will be to you that future generations will owe a tremendous debt of gratitude.