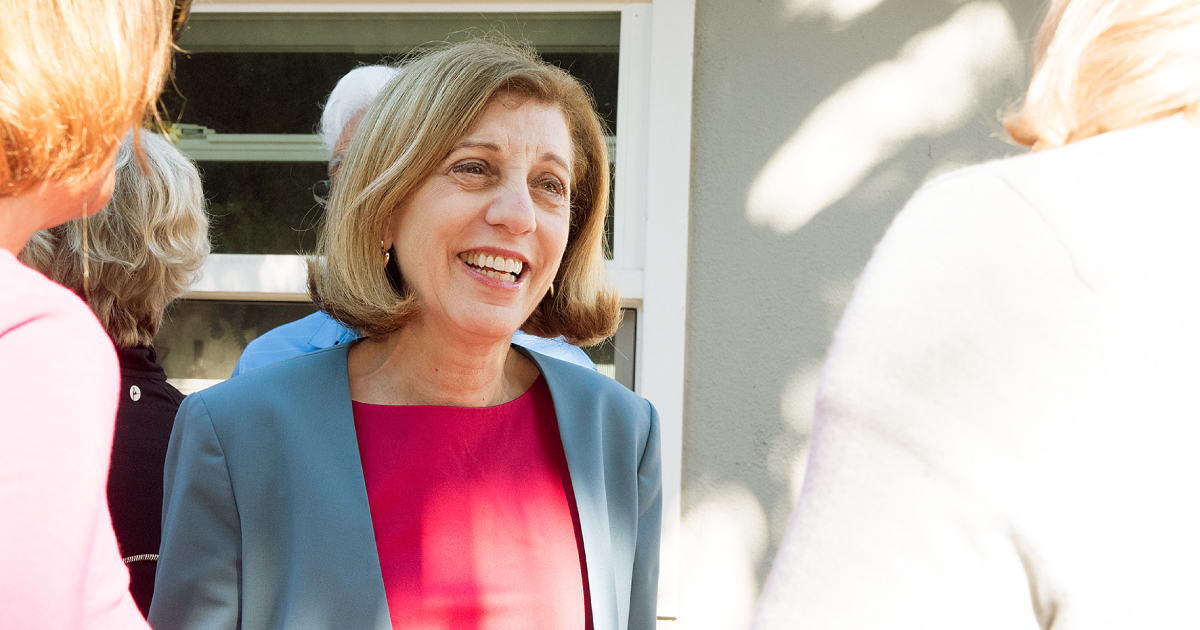 Why we support Barbara Bry for Mayor

I know Barbara Bry is the only candidate with the independence and integrity to get our City’s homeless policy back on track. She understands that building additional housing – by itself – is not enough to end homelessness and that its time to start treating the root causes. I look forward to working with Barbara to get our neighbors in need back to being healthy and productive members of society.

San Diego Hero and Advocate for Homeless Residents and Families 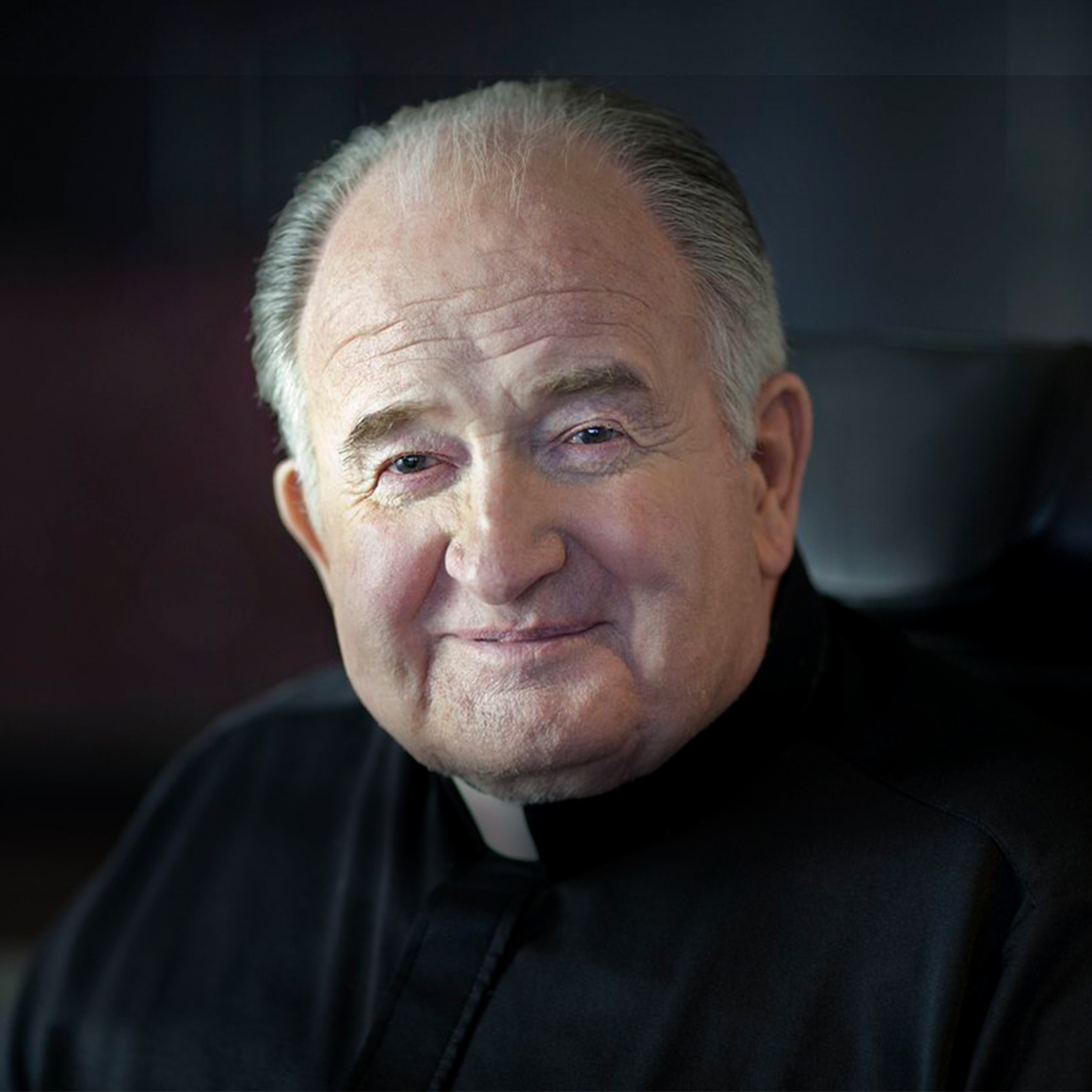 “Barbara is the only Mayoral candidate who has the will and independence to conduct city business in an open and accountable way. She is beholden to no special interest, and she has proven that during her time on the city council. She does what is best for the city, it’s that simple.” 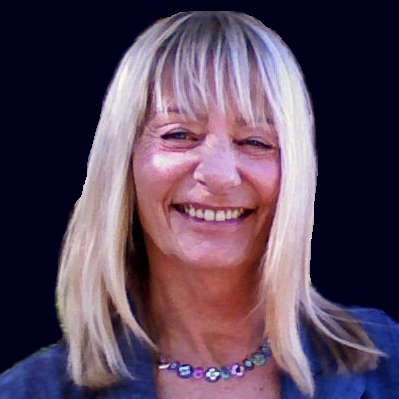 We are grateful for all the candidates who have the courage to stand up, run, and make a difference in our communities. 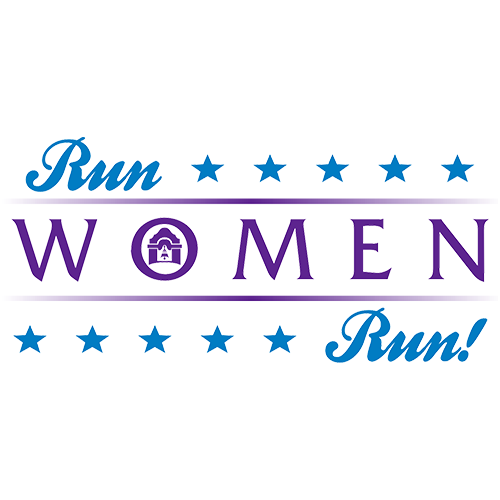 I moved to San Diego in 1953, I have known many of our City’s mayors personally and professionally. I am voting for and recommending to everyone that they vote for Barbara Bry because she is head and shoulders above every other Mayor I have ever met. 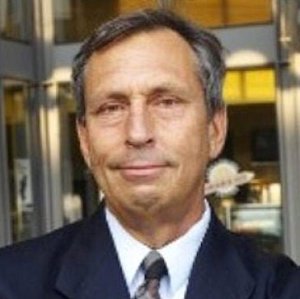 "Barbara Bry has the principles, the experience, and the courage to serve San Diegans and clean up City Hall. Her long experience in the non-profit sector fighting for equality attests to that. She leads, she listens, and she will make sure every San Diegan has a voice in City Hall." 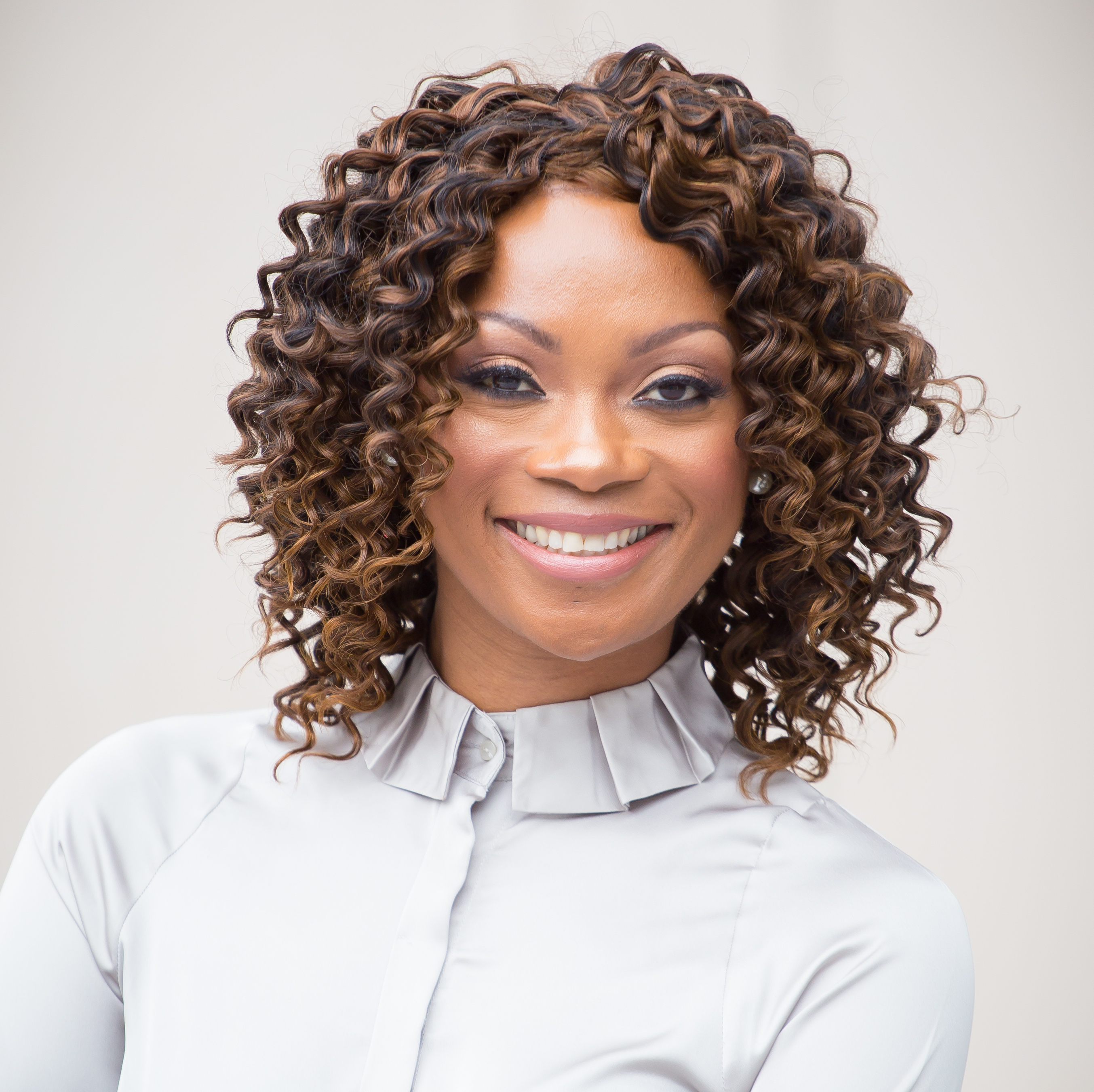 “Barbara Bry shares the same principles that have guided me as an elected official, including transparency, accountability, fiscal responsibility and independence. Her independence from partisan political machines ensures that as mayor she will put the interests of San Diego residents first, not the partisan agendas of a political party. I appreciate her extensive background in business, her volunteer efforts to get more women involved in leadership positions, and her leadership on Community Choice Energy.” 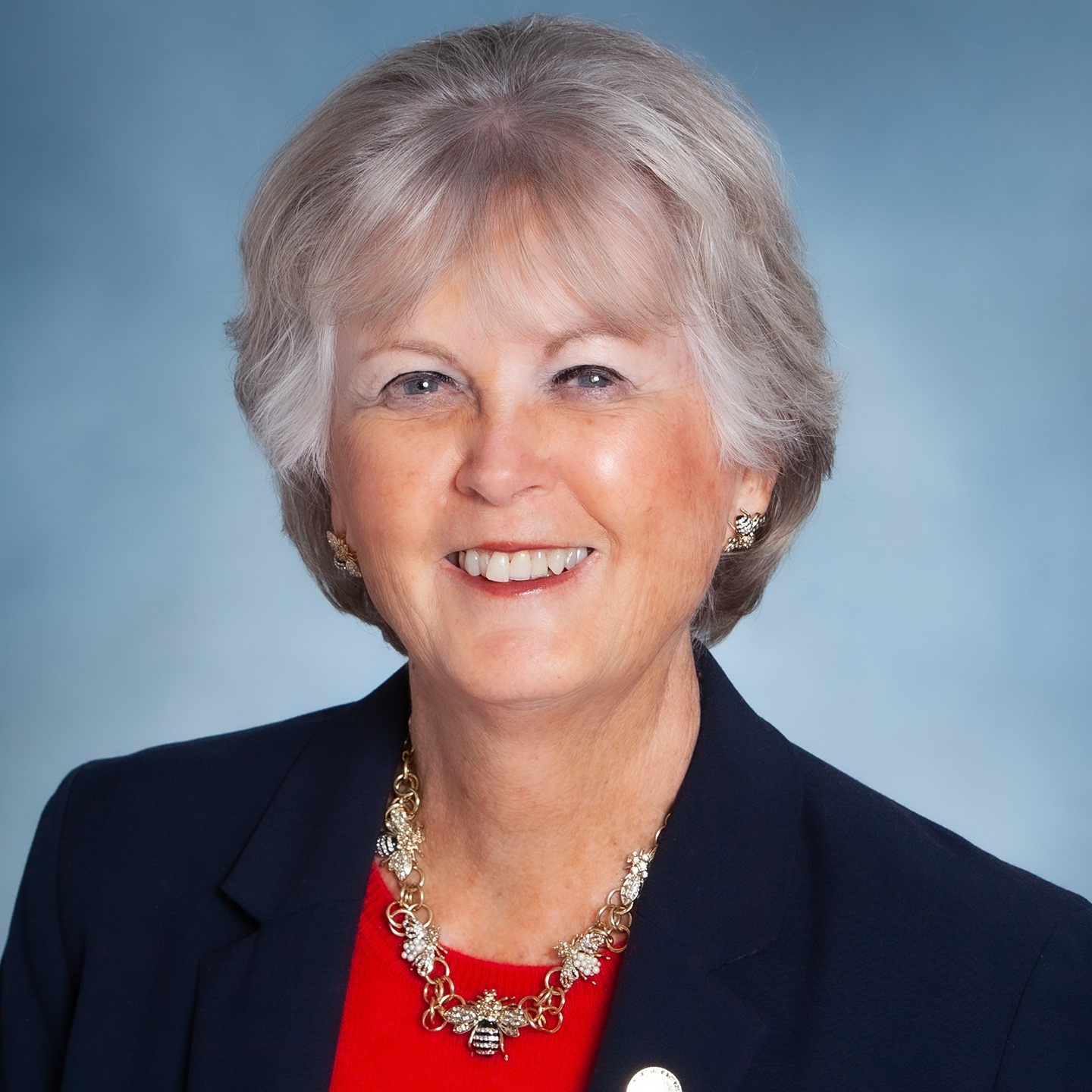 "I’ve watched Barbara Bry’s career take her from business and social advocacy into politics. She cares about doing what’s right for San Diego and isn’t afraid to upset the status quo or the political establishment. Politics-as-usual doesn’t work for her, and that’s why she’s the right choice for my hometown." 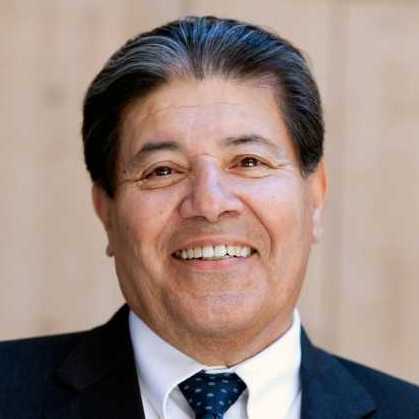 “Barbara is at the forefront when it comes to protecting the environment. She’s an innovator, a big thinker and a socially responsible entrepreneur who is running for mayor not because she needs to, but because she cares." 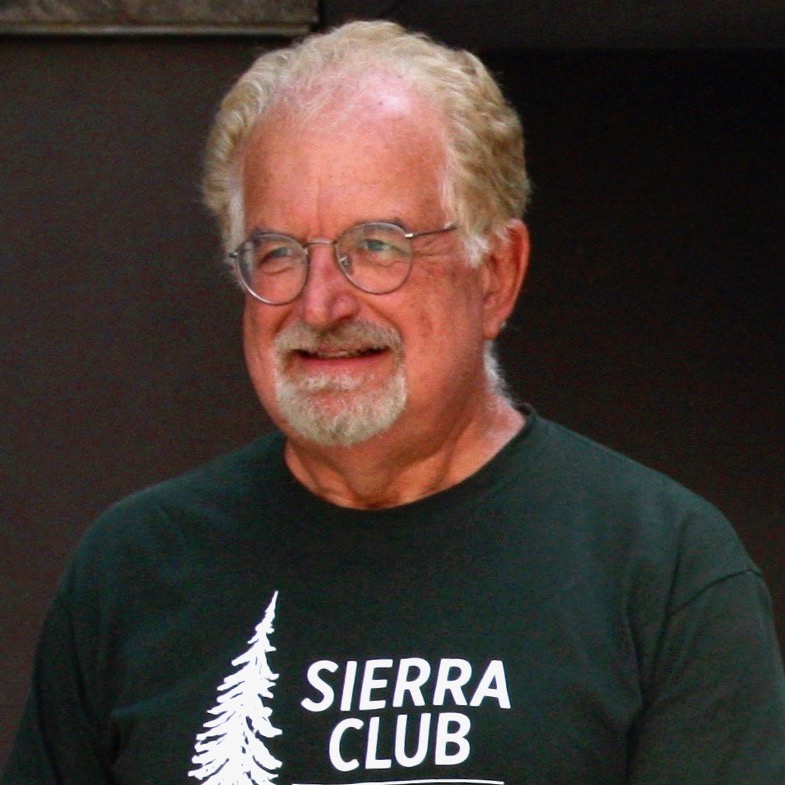 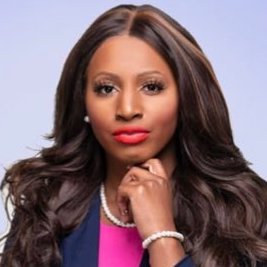 I have known Barbara Bry for 40 years. I know she has the integrity, grit and leadership skills that are required of San Diegan's next Mayor. Her unwavering commitment to doing what's right and not what is politically expedient will serve the entire San Diego community today and far into our future. 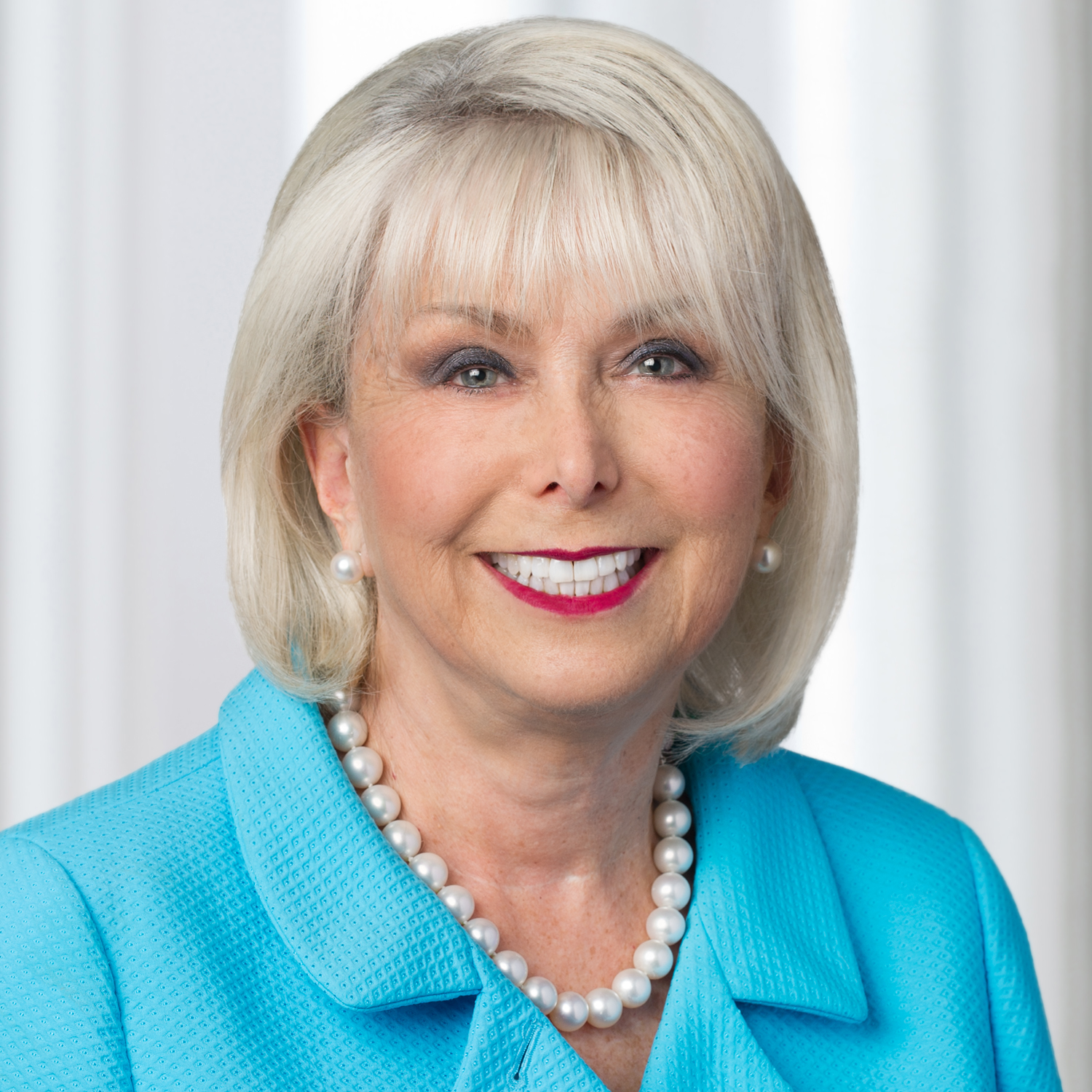 “San Diego needs a mayor who has the experience to run a major city and the courage to do the right thing. I know from personal experience that Barbara Bry will stand up and fight for what’s right, not the most politically expedient.” 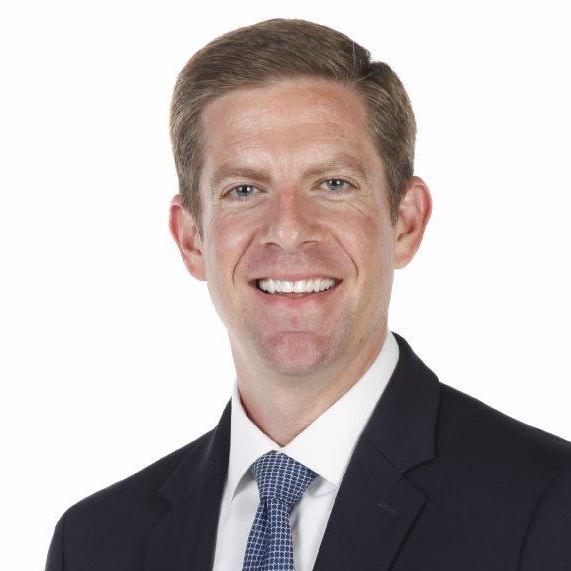 Barbara is and has been a champion for underserved groups in San Diego. She doesn't believe in soundbites but in action and has worked hard to find long term solutions that lift people up and change generational legacies for good. 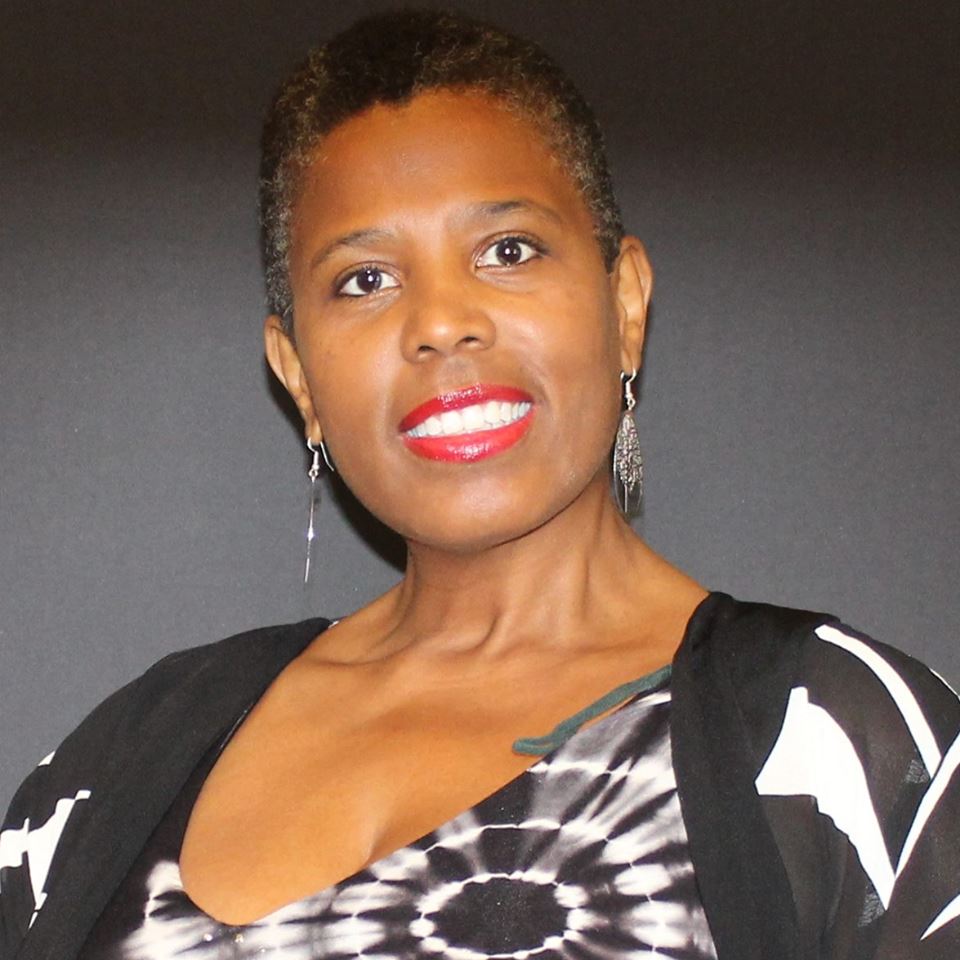 “Barbara – for a person from the First District, she has been amazingly good with respect to our charter amendment. She never hesitated for one second, years before other people were supporting it. She totally understood, and understood it to be the reasonable, measured and extremely effective charter amendment that it is.”

Attorney, Co-chair of San Diegans for Justice, and Author of the "Commission on Police Practices" Charter Amendment 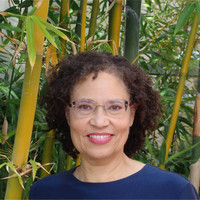 Barbara is the only candidate willing to stand up to the multi-billion-dollar Short-Term Rental corporations, who continue to illegally convert San Diego residential homes, condos and apartments to tourist accommodations. She understands the destructive impact illegal STRs have on our community and neighborhoods – depleting housing stock, driving home prices and rents ever higher and destroying the fabric of our neighborhoods. She has the courage and commitment to fight for all San Diegans. 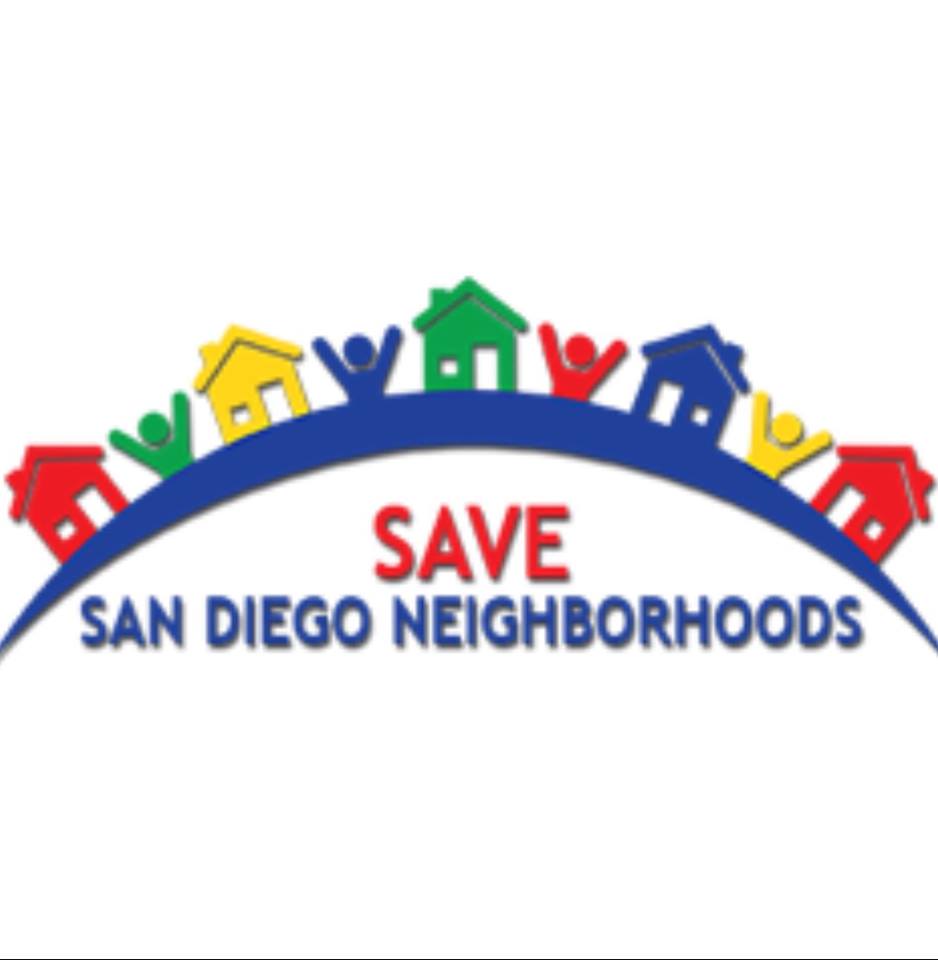 Barbara Bry belongs in the Hall of Fame for contributing to the success of San Diego’s startup community. Her work at UCSD Connect brought this personal touch to so many. Unscripted and able to speak off-the-cuff, Barbara continually demonstrates her smarts, intellectual capacity, and total grasp of issues. I have benefited first-hand from her efforts in both private matters and at public events. Barbara is exactly what San Diego needs in these times of tumultuous change. 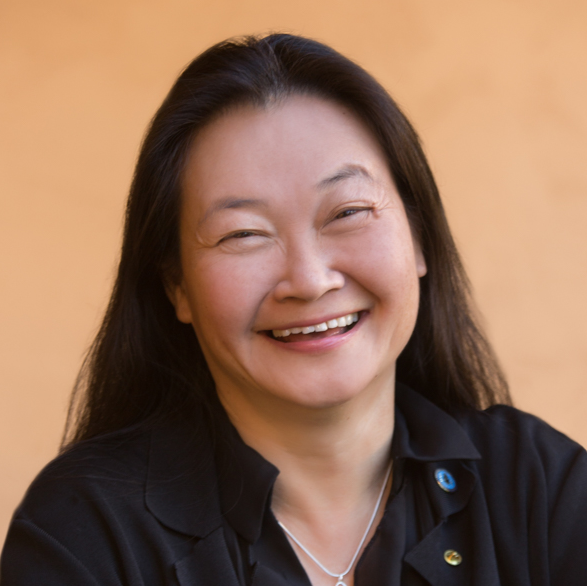 Barbara Bry has a vision for Balboa Park shared by Kate Sessions, George Marston and all park-loving and using residents of San Diego-- A free and open Park Land accessible to the public without cost, unscarred by commercial development or activities, and properly maintained by a dedicated and protected revenue source fully adequate to the task. I am pleased to fully endorse Ms. Bry for Mayor of San Diego. She will be the best Mayor for our Park and for San Diego. 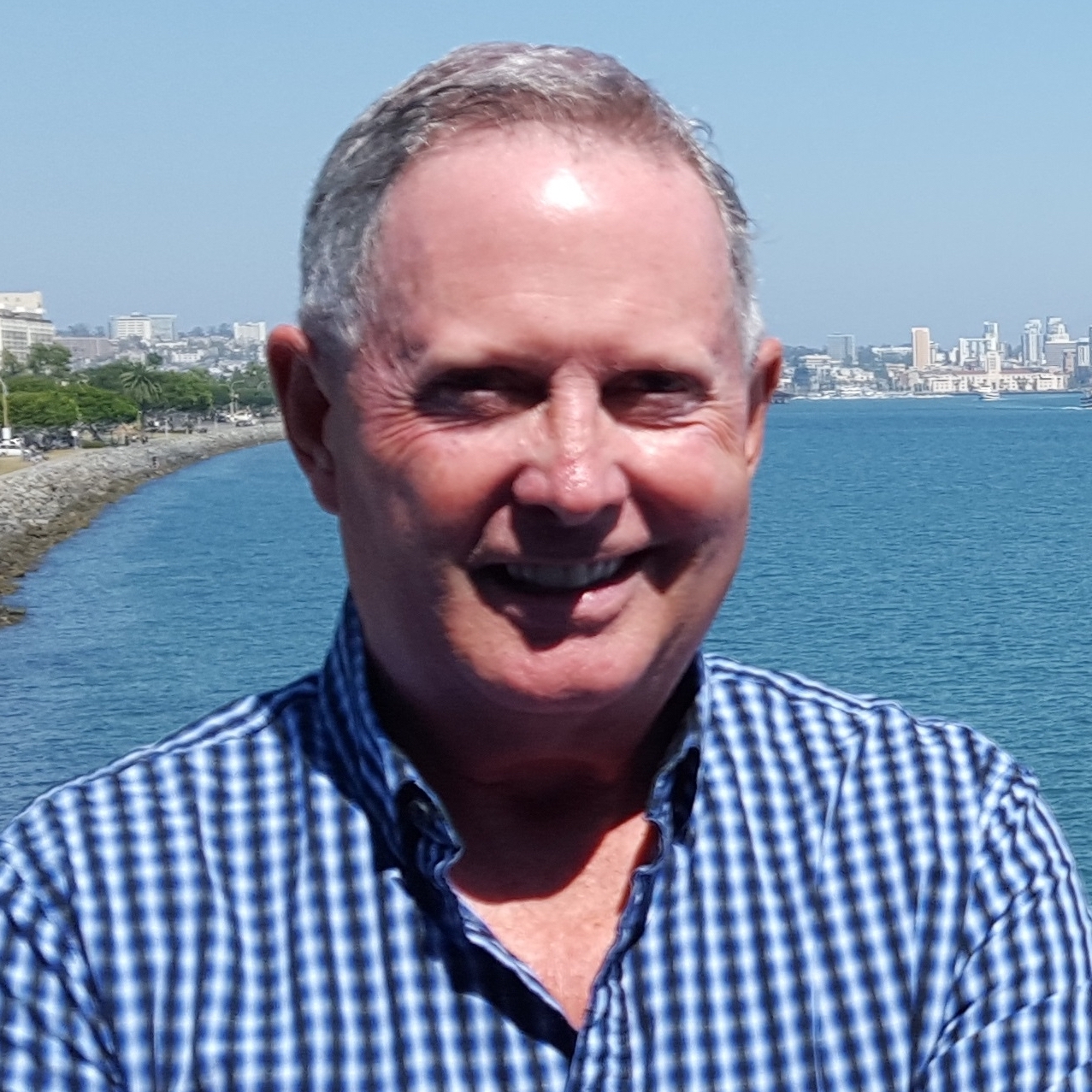 "Barbara Bry has an open mind and a clear vision. She knows that issues are complex and multifaceted and require a nuanced approach instead of the usual one-size-fits-all political response. Barbara’s thoughtful leadership and vision are exemplified by her support for SDSU West, and for an independent police review commission. Her deep understanding of the importance of inclusion and social justice means that as our next Mayor, San Diegans will surely have a leader who views them equally and fairly." 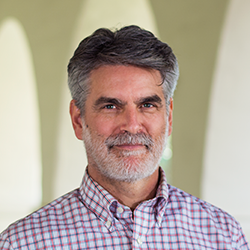 “Barbara walks the talk and she does that by her actions and her integrity and by showing up each and every day for ALL of the people of San Diego. I’ve seen her up close and in action and that’s why I know she is the right person to be the next mayor of San Diego.” 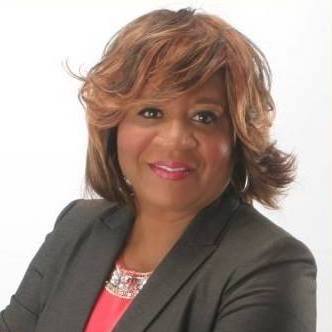 "Barbara Bry has been a longtime advocate of ensuring that underserved and underrepresented communities receive access to opportunities, especially in the area of STEAM education and workforce development. Electing a leader to City Hall that not only recognizes but acts upon the belief and understanding that the future success of San Diego is guaranteed only when all of its residents have equitable and fair access to all advancement and opportunity pathways. Barbara Bry is that leader!"

Professor of Neurobiology and Creator and Faculty Director of the PATHS Scholar Program, UC San Diego 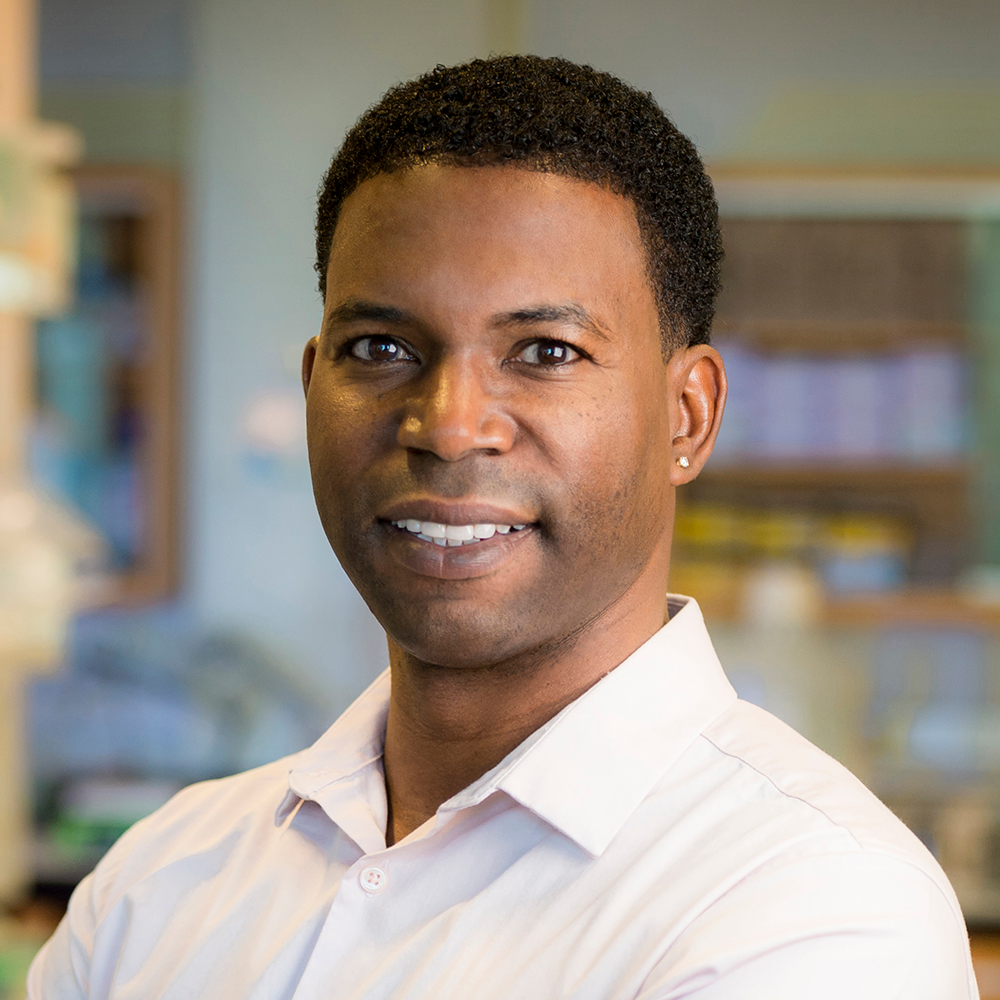 “Barbara’s career accomplishments in economic, legislative, educational and cultural arenas have already moved our City forward. She’s been at the forefront of bringing the innovation economy and its high paying jobs to San Diego and was the only Council member to actively support the SDSU West ballot initiative. She’s got the courage to resist special interest pressures, instead prioritizing expanding higher education and career opportunities for San Diegans from all communities.” 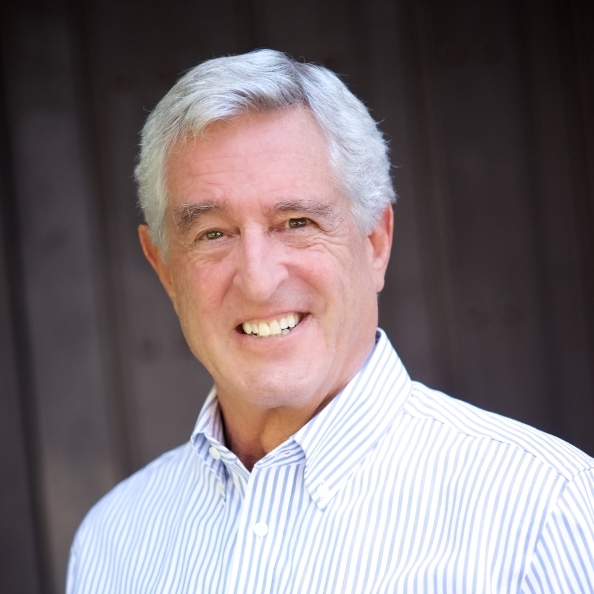 "San Diego's next Mayor must be someone that is not just focused on politics as usual, but instead looks far into the future, even over the horizon. This will ensure that we have an innovative economic plan that assures progress and a higher quality of life for all San Diegans. Barbara Bry is that person and it is why I believe she will be an outstanding Mayor."

“Barbara Bry is one of the very few public servants who has created products and services that result in the employment of many. She is the rare case of someone who understands the role of government and business in working together to do what’s right for a community’s citizens, not just for the moment, but for decades to come.” 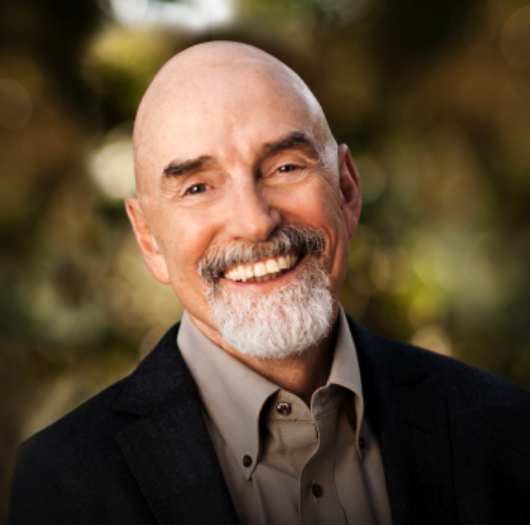 “Nothing says Barbara like creator, she did that with Athena and Run Women Run and today those are the top women empowerment groups in San Diego. If we want businesses to come to San Diego and prosper and create new job growth, we need a proven job creator and that’s Barbara Bry” 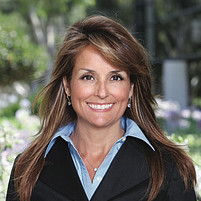 "Barbara Bry consistently prioritizes the people of San Diego ahead of political allegiances and is the strongest advocate for ensuring all San Diegans benefit equally from the resources and services provided by the City. Barbara wants San Diego to be a City of Opportunity and believes that a clean, safe and prosperous San Diego is within our reach. She is the only candidate for Mayor who can move us forward to make it a reality." 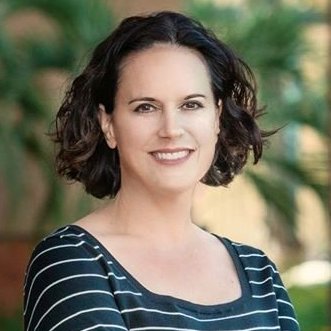 "Barbara is the only Mayoral candidate that understands what it means to build a business and have to make payroll. She knows what businesses require to thrive and grow and she has been a long-time champion of ensuring underserved communities have equal access to support, resources and most importantly, opportunity. As Mayor, she will fight to ensure that all San Diegans have the chance to succeed." 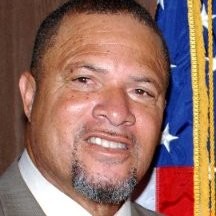 I have known Barbara for over 30 years and am well acquainted with her impeccable judgment and independent mind. As an advocate myself for San Diego parks, I know that she has been a long-time advocate for many social causes and is an environmental champion who believes that a green San Diego must be paramount in the planning for our future. I look forward to her leadership in balancing the vision for our City on the support of neighborhoods and especially the parks which we need our families to enjoy. 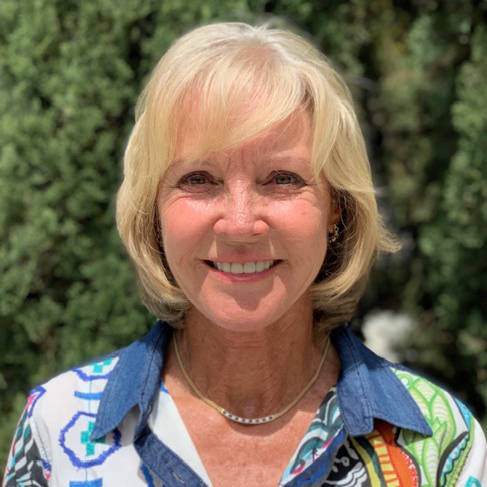 "Not all San Diegans have the same struggles, but all deserve the same resources, support, and access to opportunity – that is why I am supporting Barbara Bry for Mayor. She is a longtime advocate for ensuring that the underserved communities get what they need and deserve! Electing Bry to the office means having a Mayor for all of San Diego. Plus I know of no bigger lover of the arts community. She knows that San Diego must be a city that values recreation, art, and culture in order to thrive and grow."

I am very impressed with Barbara's leadership and performance since she has been a Councilmember. She tackles the tough city matters, analyzes the critical issues, and makes good decisions and recommendations on behalf of the community. It’s very rare in today’s political climate to have such great representation. She will also make a great Mayor for San Diego and I’m thankful that she is willing to take on this tough, demanding job. l am so thankful for her incredible work and successes. 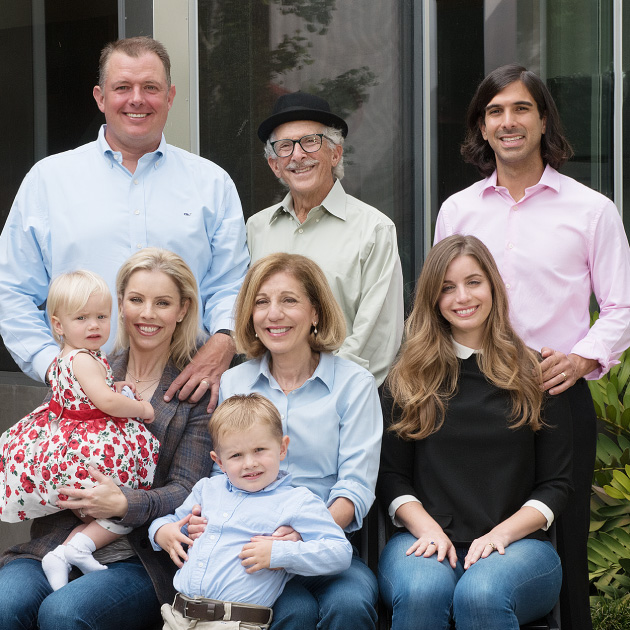 A long-term commitment to San Diego 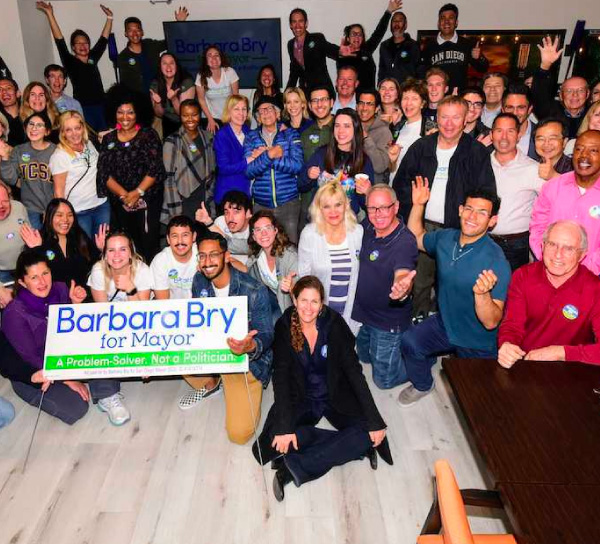