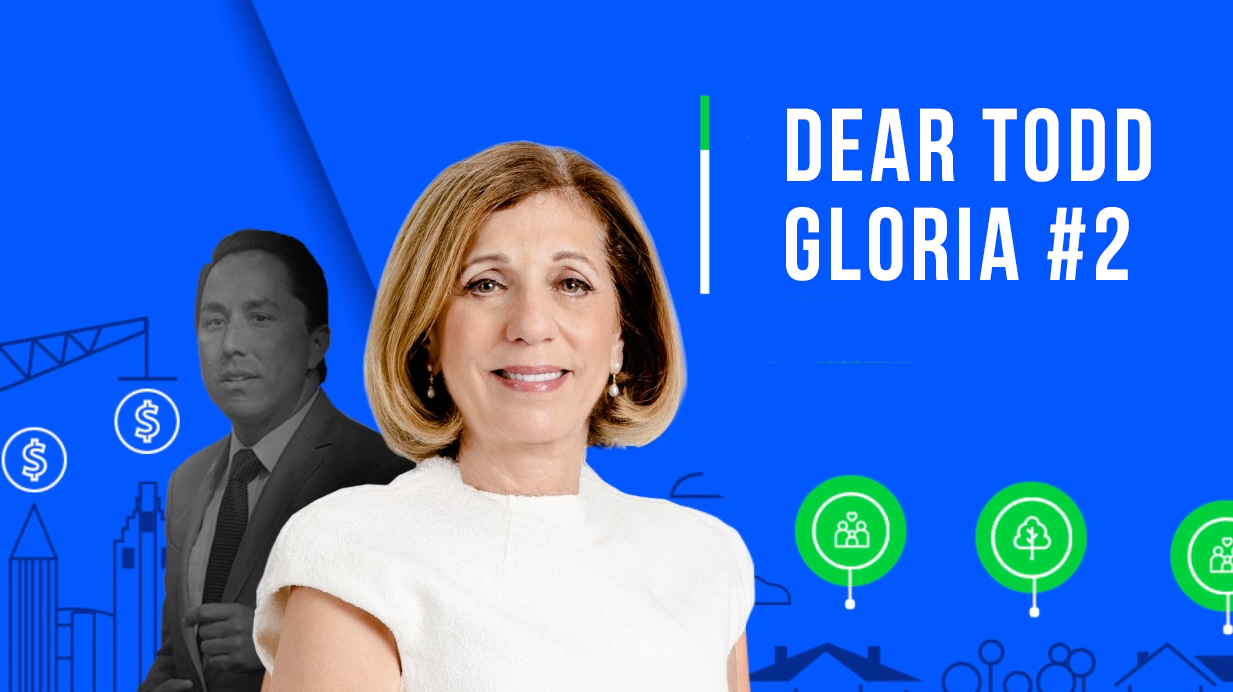 Todd Gloria’s campaign manager took his turn attacking me the other day. He says I’m not a “real” Democrat. Here’s my reply:

Let me be frank. I’m not well-connected with the political partisans or cadre of longtime lobbyists who form the backbone of your campaign.

But you seem determined to pick a fight. So, respectfully, here is the difference between everyday Democrats like me and politicians like you.

I want them to vote for me because they are confident I will do the work. Because I will take responsibility for outcomes. Because I will tell the public the truth even when the truth may make my job tougher. Because I will read and understand the choices in front of me. Because, when I make a mistake, I will own up to it.

Democrats like me care about protecting and providing opportunity for everyday people. Democrats like me don’t hang out with the oil companies and tobacco lobbyists funding your Assembly Committee.

Democrats like me seek to understand and plan for the future. We understand that the past is important, but that those who derive their plans from the past are doomed to be outrun by those with their eye on the future.

Democrats like me seek to challenge business, labor, and environmental leaders to think beyond their respective self-interests.

Democrats like me understand that our families and our neighborhoods are the bedrock of progress. We believe that democracy lives in the heart of every single voter, not in the minds of political consultants, lobbyists, or party bosses.

Most of all, Democrats like me seek peace, prosperity and opportunity for every child. And, we seek those things for all our neighbors, regardless of their political affiliation.

Unfortunately, when a life-long Democrat like me shows up at City Hall, what we find is an incredible mess. A mess so profound that it could not have been created overnight. A mess built on empty promises, unrealistic and archaic policy directions, and most fundamentally — a corrosive culture of secrecy. So, yes Todd, we have a fundamentally different view about “how” to do the job. You are part of a political culture that I believe to be severely compromised. Make no mistake, I seek to change this.

As Democrats we agree on many issues. But we have substantive differences.

You are a proud standard bearer of the YIMBY political agenda to eliminate single-family neighborhoods. I am not.

You continue to promote a “Housing First” homeless agenda that I have come to believe is at the root of our failures.

You supported AB5. I do not.

You support SANDAG’s $177 billion tax increase plan, which I believe is hopelessly out of date and fails to embrace the emerging technological revolution that can actually deliver on the promise of clean air and confronting climate change while reducing traffic congestion without destroying our neighborhoods.

So, knock off the nonsense and let’s debate those differences.

And, while we are at it, you can explain exactly why you led the effort to buy 101 Ash Street despite the “unusual” language on page one. Language that is, literally, backwards. Why would you agree to indemnify the seller when the standard practice is for the seller to indemnify the buyer? Did you discuss this language during the private meeting in your office on September 16, 2016? Or, did you fail to read the first page? Inquiring Democrats want to know.

CAN YOU DONATE NOW?