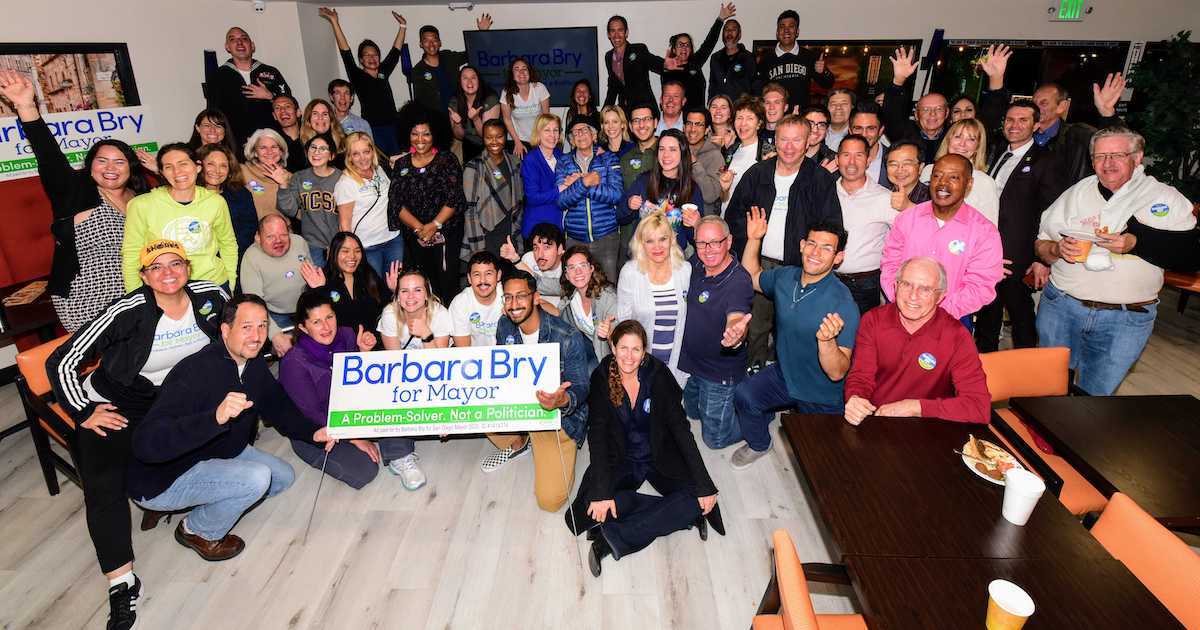 Can you imagine what a strong and independent Mayor could do for San Diego?

A Mayor who can speak the truth about bad laws like AB5, because she’s not beholden to special interests.

A Mayor who will fight to protect our neighborhoods from state control of land uses because Sacramento lobbyists don’t dictate her policy positions.

And a Mayor who isn’t trying to build a political resume for higher office, because she’s already had a full, successful career.

Thousands of us volunteers and donors don’t just support Barbara Bry. We are passionate, because we can imagine what it will be like to have a Mayor who has already created hundreds of jobs in San Diego, mentored future leaders, raised two strong young women, and has proven that she can lead.

If you can imagine how incredible San Diego could be with a Mayor who is accountable to YOU instead of political insiders, please consider donating $25, $50, $100, or more.

Remember, the first big reporting deadline is on June 30th and political insiders have placed their bets on the guy who gives a good speech.

Can you imagine their surprise if WE get behind the woman who has demonstrated that she will stand up for us at City Hall?