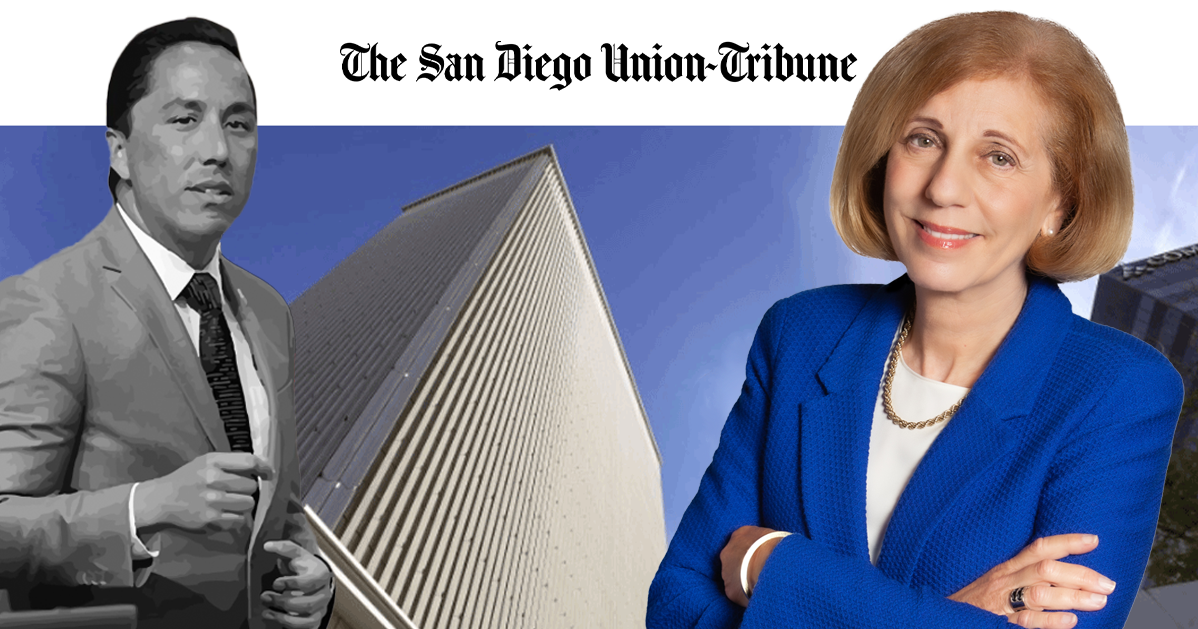 Todd Gloria and the Union-Tribune Editorial Board have two things in common regarding this election:

While it’s remarkable the U-T doesn’t think managerial experience, transparency, and accountability are the most important traits for our next mayor, it would be constructive if the U-T sponsored a public debate on community planning so we can talk about real policy differences.

Todd Gloria has played hide-and-seek with this issue for months. He even went so far as to “gut and amend” his own bill in an effort to hide his authorship of AB3234!

Rather than publicly defend his own proposal to abolish single family zoning, hand unprecedented power to real estate speculators, and allow increased densities without provision for public infrastructure like parks and schools, he removed his name AND the language from his own bill. With a little political magic, AB3234 became a totally different bill with a new author.

I can’t compete with Todd’s ability to eloquently avoid debating the real issues. The U-T defines this as “getting along.”

But the problem at City Hall is not a shortage of politicians and lobbyists making deals with each other. In fact, it’s just the opposite.

Here’s my challenge to Todd Gloria and the Union-Tribune: Let’s have a debate on our respective visions for community planning.

Donate to Protect YOUR Neighborhood

In Case You Missed It