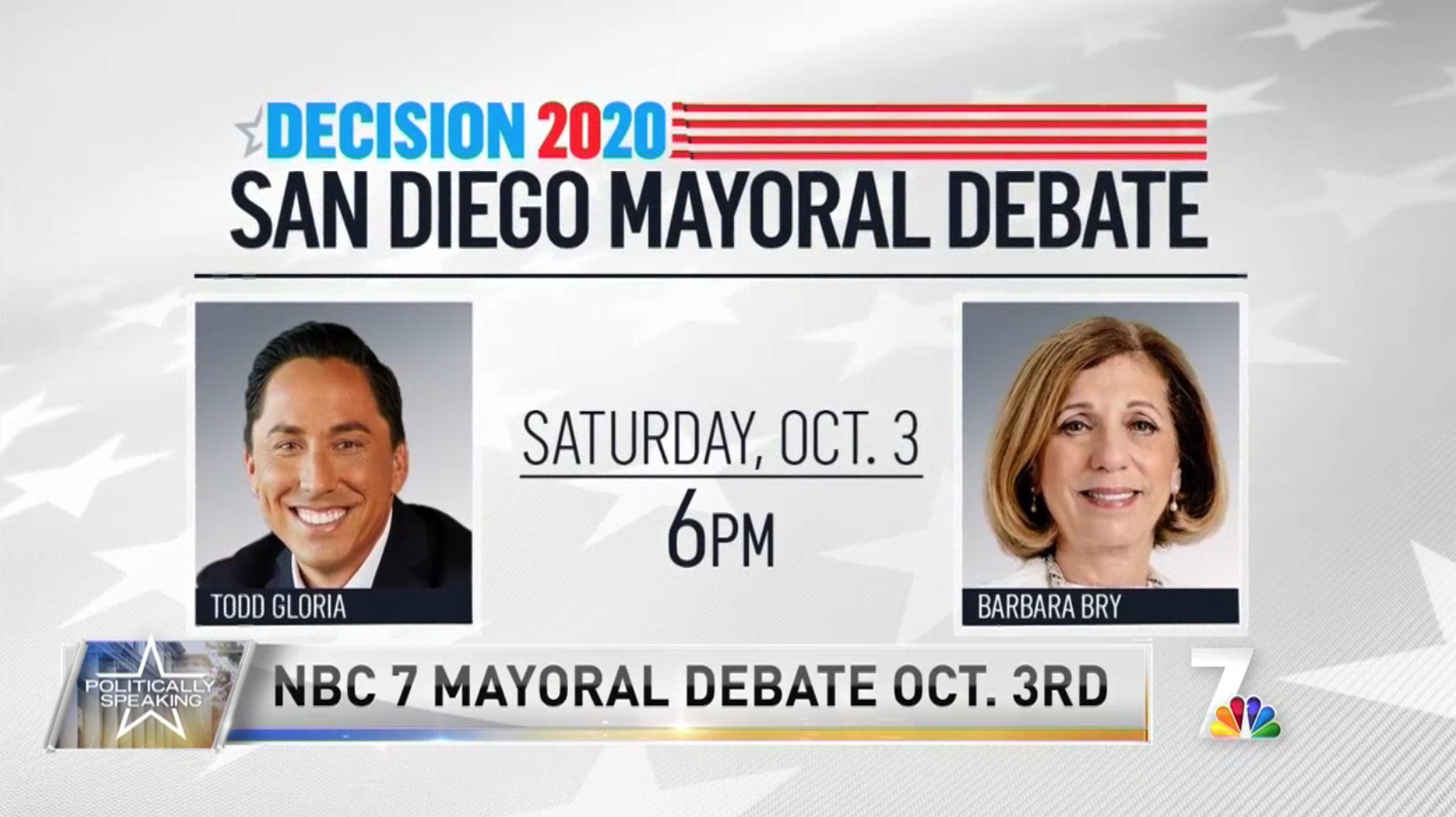 IN THE NEWS: San Diego Mayoral Candidates Todd Gloria, Barbara Bry to Face Off in Debate on NBC 7

In case you missed it, please watch the one and only TV Mayoral Debate in San Diego, hosted by NBC San Diego and Telemundo 20.

To help voters decide, NBC 7 hosted the two candidates for a debate where they answered questions about their policies and why they should be chosen to lead the city.

NBC 7 anchor Catherine Garcia and political reporters Priya Sridhar and Danny Freeman moderated the debate on NBC 7 that can be viewed here:

“There have been 10 runoffs in the past 16 mayoral elections and in half of them, the person who came in second in the primary ended up winning.”

The challenge we face is to transform the way we deliver public safety services so we truly protect and serve all of our residents.

I will work alongside neighborhoods to prioritize city investments and tell taxpayers the truth about the cost of improvements.