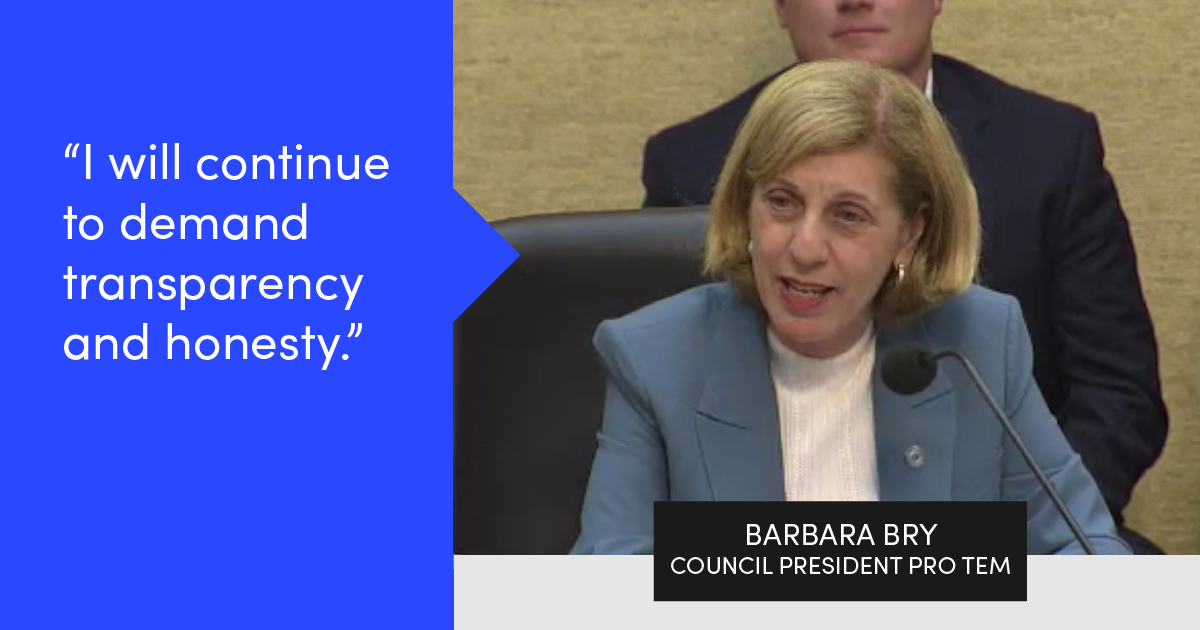 “It projects four straight years of deficits and relies on one-time revenue resources to balance these budgets, leading the City straight into another structural deficit. This Mayor inherited a balanced budget in 2013, and will leave a structural deficit behind as his legacy,” said Bry.

• After the Mayor reported remodeling of the 101 Ash Street property was “on-time and on budget,” it was shut down due to asbestos contamination. I discovered this by observing warning signs posted outside the building.

• The Mayor approved a “no-bid multi-million-dollar contract” for Short Term Vacation Rental tracking services. We know this because an ethical employee reported it to the fraud hotline.

• A newspaper reported that, after allocating funds to test a backlog of rape test kits, the kit testing policy had been changed; then in response to this expose, it was changed back.

• And the City Auditor reported that San Diego taxpayers are subsidizing trash pick-up for up to 16,000 visitor accommodations, in part because the Mayor has refused to enforce our zoning ordinance.

These and other cover-ups have contributed to the financial straits now faced by our city. In response to the Budget Outlook, Bry made a pledge to San Diegans:

“I will continue to demand transparency and honesty. Once the cover-ups have been exposed and we know definitively what the City spends and where it spends it, I’m prepared to make the tough and even unpopular decisions required to serve our citizens, become an employer of choice, and restore financial stability and accountability,” she said.